He was speaking after a meeting in Brussels to discuss big election gains by populist and far-right parties.

Mr Van Rompuy said leaders of the 28 member states had asked him to launch consultations on future policies.

Greek Commissioner Maria Damanaki has said that the United Kingdom needs to remain a member of the European Union.

She told BBC Radio 4's Today programme: "We need the UK. We cannot afford for the United Kingdom to go away. Because this can be the start of a process that can end up with the dilution of the whole EU."

More: Cameron: Brussels has got too busy and too interfering

David Cameron appeared to win his first foray in the battle to select the new European Commission president.

During late night talks in Brussels, the Prime Minister made clear he would not back the front runner vying to take the European Union's top job and other leaders agreed they should look around for more candidates.

Today EU leaders voted to back Jean-Claude Juncker as new president of the very powerful EU commission, which looks like business as usual.

Prime Minister David Cameron has arrived at the EU summit in Brussels with a "clear message" from the EU elections. Speaking as leaders from across Europe prepare to meet, he said:

"We have a clear message - and that is we need change. [...] We need an approach that recognises that Brussels has got too big, too bossy and too interfering."

Labour leader Ed Miliband, who has been visiting Thurrock council in Essex, has been tweeting his feelings on Labour's performance in the council and European elections.

I have changed Labour’s position on immigration. But I won’t make false promises, or cut ourselves off from the rest of the world.

To meet the challenges we face we need more change, not less, to create the wealth of the future with decent jobs and wages.

I want to lead a party that brings people together, from all walks of life, all backgrounds & all classes. That’s what I mean by One Nation.

In Essex the potential damage Ukip could do to Miliband's Downing Street elections is clear. He is there listening to voter's concerns.

Labour leader Ed Miliband has spoken to supporters in Thurrock, where Ukip made gains from the Tories and Labour in last week’s local elections, ITV News' Deputy Political Editor Chris Ship has reported. 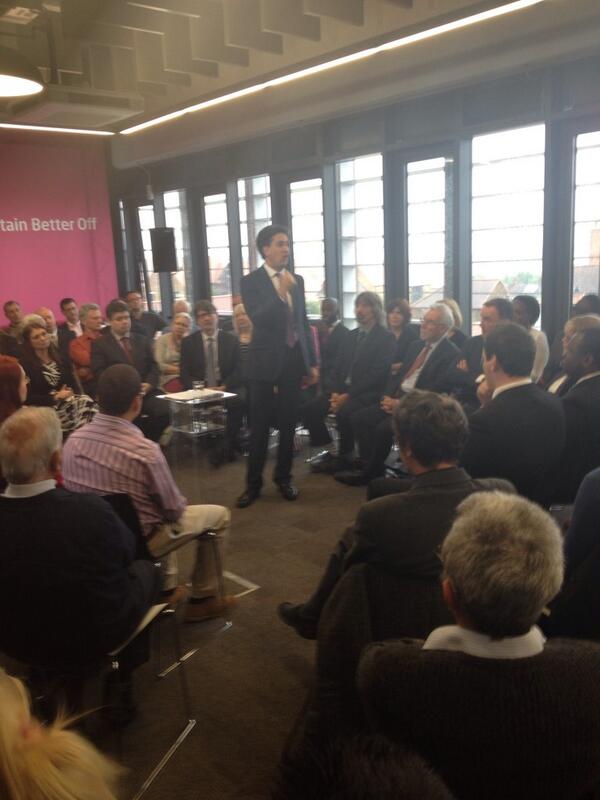 Tony Blair described Ukip's stance on immigration as "unpleasant" as he called on Labour to "fight for change" in Europe but not to leave.

Speaking to ITV News today, the former Prime Minister said that while many communities were struggling, the finger should not be pointed at immigrants, most of whom "work really hard in our country".