More than 10,000 people joined Stephen Sutton's family and friends in paying an emotional farewell to the inspirational teen cancer victim.

Comedian Jason Manford has joined a crowd of thousands in paying tribute to fundraiser Stephen Sutton at a special memorial service which marked the end of a two day vigil.

Read: ITV News readers give Stephen Sutton the thumb's up

The Dean of Lichfield has said he was "glad and proud to be part of the same human race" as fundraiser Stephen Sutton as he paid a special tribute to the teenager at his private memorial service.

"It would be usual now, if this was a church service, to say 'rest in peace' but I can't imagine Stephen doing that," the Dean said as he concluded the service.

Read: ITV News readers give Stephen Sutton the thumb's up

A charity single in Stephen Sutton's honour has been recorded, with a message from the teenager urging supporters to dig deep to help others in need.

A short clip from the recording - which not yet been mastered - can be heard below.

The teenager, who passed away on May 14th, can be heard saying: "We are offering you the chance to help others by buying this charity single, so please consider it."

Read: Thousands give 'thumbs up' for fundraiser Stephen Sutton

This is the moment crowds gathered at Lichfield Cathedral at 11am to give a 'thumbs up' and a round of applause for teenager Stephen Sutton.

Twitter said more than 11,000 tweets, containing the hashtag #ThumbsUpForStephen, have been posted within an hour this morning.

People took to twitter to share their support and give their 'thumbs up' in honour of the cancer campaigner Stephen Sutton, from Staffordshire.

Within a day more than 18,000 tweets have been posted while a vigil for the teenager, who raised over £4 million for the Teenage Cancer Trust, is being held at Lichfield Cathedral.

Read: ITV News readers give Stephen the thumbs up

We were inundated with responses after asking our Facebook readers to post 'thumbs up' pictures in tribute to Stephen Sutton.

Celebrities including comedian Sarah Millican, Shobna Gulati and Neil Morrissey have been photographed giving the 'thumbs up' gesture in memory of Staffordshire teenager Stephen Sutton.

Thousands of people have been posting images of themselves using the hashtag #ThumbsUpForStephen after his family asked people to celebrate his life on the day of his funeral. 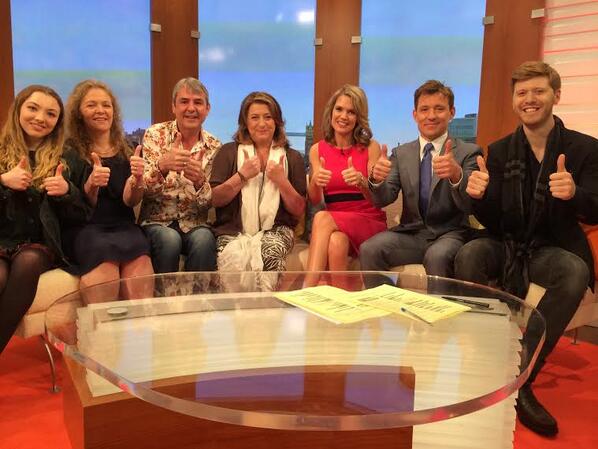 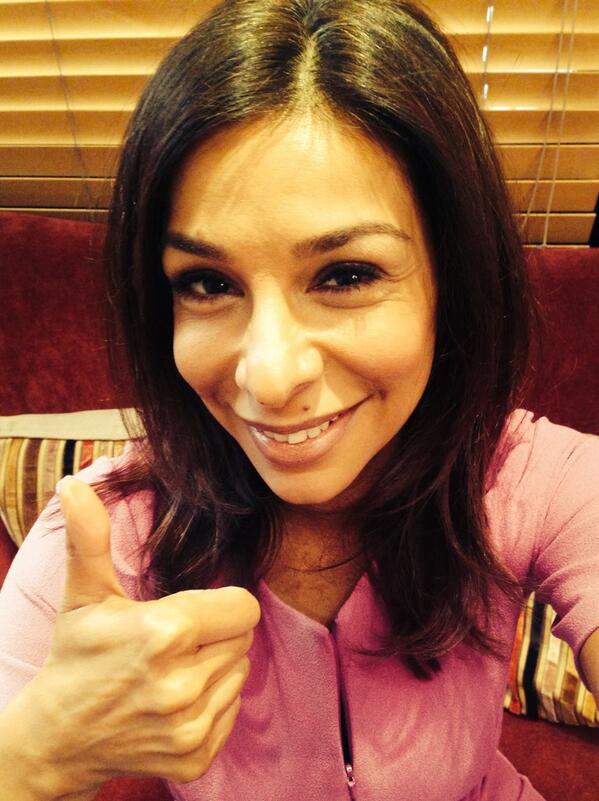 Stephen Sutton's 'thumbs up' campaign has been supported by a 3-year-old girl who is fighting her own battle with cancer.

Sienna from Essex is battling neuroblastoma and cardiomyopathy, and tweeted a #ThumbsUpForStephen messsage of support with the message "from one warrior to another".

#ThumbsUpForStephen from one warrior to another @_stephensstory sleep peacefully you have taught the world so much x http://t.co/ltFzhJJ2Rn

The 3-year-old has her own campaign on Twitter to help beat aggressive cancer, with the hashtag #cure4sienna.

Read: Crowds gather to give 'thumbs up' for Stephen Sutton