US Secretary of State John Kerry met with both Israeli and Palestinian leaders in the hope of brokering a ceasefire.

Read: The toddler who will have to bear the scars of the Middle East conflict

Astronauts aboard the International Space Station tweeted a night image of rockets flying between Gaza and Israel, this evening.

Astronaut Alexander Gerst said it was his "saddest photo yet."

My saddest photo yet. From #ISS we can actually see explosions and rockets flying over #Gaza & #Israel http://t.co/jNGWxHilSy 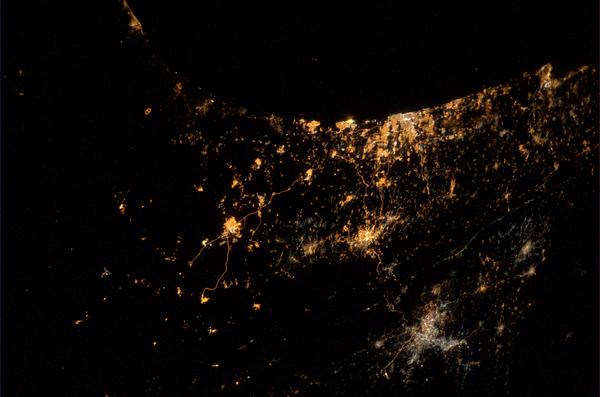 The Palestinian president has told US Secretary of State John Kerry that Israel's offensive in Gaza is a "war without justification".

Speaking after meeting Kerry in Ramallah, Mahmoud Abbas accused the Israelis of forging "a war against the Palestinian people".

Mr Kerry said the US would continue to push for a ceasefire in the conflict that has killed at least 687 Palestinians and 32 Israelis.

Read: The toddler who will have to bear the scars of the Middle East conflict

The Hamas leader in Gaza, Khaled Meshaal, has said he is ready to accept a humanitarian truce in the region, Reuters have reported.

Meshaal also rejected potential negotiations saying. We will not agree to a ceasefire and then negotiate. "We reject this."

He continued by saying any truce in Gaza depends on an end to the Israeli siege of the Gaza Strip.

More than 600 Palestinians have been killed in the densely-populated enclave of Gaza, due to fighting with Israel.

Israel is under considerable pressure to end the conflict in Gaza, as their death toll has risen again today to 35, 32 of which are Israeli soldiers, including a commander.

Added to that the US Secretary of State John Kerry has now arrived in Israel.

He has had a meeting with UN Secretary General Ban-Ki Moon and now currently meeting the Israeli Prime Minister Benjamin Netanyahu.

Both he and the British Foreign Secretary Philip Hammond arrived today at Tel Aviv's Ben Gurion airport - an airport being avoided by many international airlines after a rocket landed less than a mile from the runway.

That suspension of flights will continue for at least 24 hours, which will clearly hurt the Israeli economy.

Many Israelis we have spoken to remain defiant in the face of that disruption.

The Red Cross say they came under heavy fire today, when attempting to remove causalities from the front line.

The video shows members of the International Committee Red Cross (ICRC) and Palestinian Civil Defence members pulling away from an explosion in the besieged neighbourhood of Shejaiya, eastern Gaza City.

The priority now is wounded, and any civilians that are trapped in their homes.

We are a bit concerned that we are getting closer to the front line and the security situation might prevent us.

According to the latest count more than 680 Palestinians and 34 Israelis have been killed during the conflict.

In between the bandages, I could see the soreness of Randa’s skin. Her eyes stare out at a world which has been brutal to her.

The US Federal Aviation Authority has extended its ban on all flights to Tel Aviv airport for a further 24 hours, ABC News have reported

More: Which airlines have suspended flights to Tel Aviv?

All three were killed by explosive devices.

More than 680 Palestinians and 32 Israelis have been killed in the conflict so far.

The UN Human Rights Council has agreed to launch an international inquiry on possible war violations that may have been committed during Israel's latest military offensive in Gaza.

The vote showed that 29 states were in favour, with the United States voting against. There were also 17 abstentions including some European Union members.