F1 team Marussia will race with only one car in this weekend's race in Sochi, Russia, out of respect for their driver Jules Bianchi.

In a statement on the team's website, Marussia said they would run a single car, driven by Bianchi's team mate Max Chilton, in the Russian Grand Prix.

"The Team feels strongly that fielding a single car, that of driver number 4, Max Chilton, is the appropriate course of action under the difficult circumstances of the weekend", the team said.

Bianci remains in a critical but stable condition in hospital in Yokkaichi, Japan, after he was seriously injured in the Japanese Grand Prix in Suzuka last weekend. 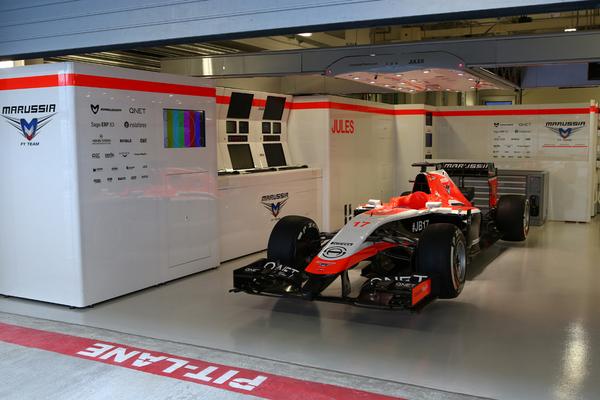 Marussia driver Jules Bianchi remains in a critical but stable condition at the Mie General Medical Center following his accident on Sunday, his family and the hospital have announced in a joint statement.

Formula one driver Felipe Massa said he was trying his best to get the Japanese Grand Prix called off before a crash left Jules Bianchi seriously injured.

I'm very worried...I was already screaming on the radio five laps before the safety car that there was too much water on the track, but they took a bit too long and it was dangerous."

Formula One team Marussia have thanked the public for the "outpouring of support and affection" after driver Jules Bianchi suffered a severe head injury in a crash at the Japanese Grand Prix.

In a statement Marussia said further medical updates on the 25-year-old, who underwent surgery on Sunday, will be released in "accordance with the guidance and wishes" of his family.

The Marussia statementsaid: "Following the accident the Marussia F1 Team would like to acknowledge the huge outpouring of support and affection for Jules and the Team at this very difficult time.

"With regard to the communication of information concerning Jules’ medical condition, we will respect, and be guided by, the wishes of the Bianchi family. Together with Jules’ care, they will remain our highest priority.

"Therefore, we would ask for patience and understanding with regard to further medical updates."

Formula One champion John Marshall Watson said there were lessons to be learned from today's crash at the Japanese Grand Prix, but that the rules of F1 have worked well for many years.

Driver Jules Bianchi was rushed to hospital unconscious earlier after a crash.

Formula One driver Jules Bianchi is out of surgery and breathing on his own after suffering a severe head injury in a crash at the Japanese Grand Prix, the BBC reports.

Our first thoughts go to Jules - it overshadows everything when one of our colleagues is injured and we're praying for him. #PrayForJules

F1 driver Jenson Button says the entire world of motorsport is "pulling" for Frenchman Jules Bianchi who was severely injured in a crash.

My thoughts are with fellow driver Jules Bianchi. The whole of the Motorsport world is pulling for you. #F1family ForzaJules

F1 driver Adrian Sutil, who also lost control of his car at the Japanese Grand Prix shortly before Jules Bianchi crashed, has described conditions on the track.

He said: "The car came out to rescue my car and then it all happened. With respect to this corner, I think everyone knows this is one of the most tricky corners and when it is getting late and the rain increases, let's say when you have an accident there you should probably think about a safety car.

"In the end, when it got dark, you couldn't see where the wet patches were and that is why I lost the car and it really surprised me" Sutil added.

Sutil also saw the impact between Bianchi's car and the tractor that had been sent to move his vehicle from the track. He said: "It hit him hard. That is all I can say. I was just standing there. We know that it is serious at the moment."