The long awaited report into child sexual exploitation in Rochdale has been criticised by a health worker who helped to expose the scandal.

Sara Rowbotham has called for a full national inquiry into child grooming as she says the report, by MP Ann Coffey, doesn't go far enough in holding police and social services to account.

A former health worker in Rochdale has told ITV News there should be a full national inquiry into child grooming.

Ms Rowbotham says that a report today into the failure of police and prosecutors to catch more abusers, doesn't go nearly far enough.

The Prime Minister has called for "very early intervention" in cases where police and social services suspect child sexual exploitation.

"Those agencies, particularly the police and social services who often know about these people and know what is happening, they need to intervene and act more quickly," David Cameron said at a Q&A session in Cheshire.

Prime Minister David Cameron has said one of the biggest lessons to learn from the child sexual exploitation report is that "very early intervention" is needed.

On #coffeyreport PM says one of the biggest lessons is very early intervention, not acceptable for people under 16 to be abused in this way

Echoing the comments made by Rochdale whistleblower Sara Rowbotham, Mr Danczuk said, "If she says this report doesn't go far enough then that's good enough for me."

He said the report, led by Stockport MP Ann Coffey, was "really attempting to shift the blame away from the perpetrators and away from the police, and towards public opinion."

"There is certainly a need to learn [from abuse cases] across the country as a whole," the MP added.

The health worker who was key in bringing the 2012 Rochdale child sex abuse case to trial has called for a full national inquiry into child grooming.

Sara Rowbotham claimed today's report into child sexual exploitation in Greater Manchester does not go far enough, and stressed that both police and social services should be held to account.

Sara Rowbotham said she had "tried hard to make it clear" to the authorities that children were being sexually exploited but that "nobody did anything meaningful" to stop it.

"She doesn't offer concrete solutions, she doesn't absolutely say we have zero tolerance, it doesn't go anywhere to address the injustice and the absolute terror that happened to those children in Rochdale," she added.

Stockport MP Ann Coffey, who led a report into child sexual exploitation, has said the authorities' response to abuse "shouldn't be a postcode lottery". 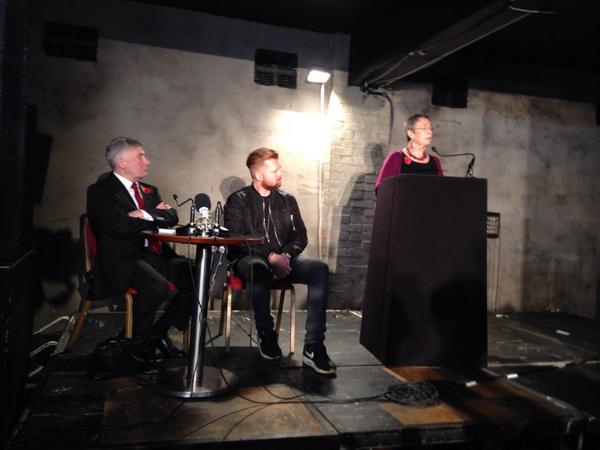 A whistleblower has told ITV News the police were "cherry-picking" which of the Rochdale abuse perpetrators they were going to arrest.

A whistleblower has claimed police put a "ceiling" on the number of people they could arrest in the 2012 Rochdale abuse case.

"[They said] they had to stop at some point because it was too big for them to cope with - so they limited the investigation solely to nine or 10 perpetrators."