Ukip leader Nigel Farage was forced to withdraw from a public event in Rotherham today after crowds of protesters gathered outside the party's new office.

Despite the demonstrations, Mr Farage said Rotherham was a "key national target" for the party in May's General Election.

The party said the timing of the visit, just two days after a damning report into the Rotherham abuse scandal , was purely coincidental.

Breastfeeding mothers are among the anti-Ukip demonstrators gathered outside the party's campaign office in Rotherham.

Ukip leader Nigel Farage came under fire in December after he said that mothers breastfeeding their babies should "perhaps sit in the corner".

Nigel Farage denied he has been exploiting the Rotherham abuse scandal for political gain after he was forced to cancel an appearance in the city due to crowds of protesters.

Farage said Ukip was "the one party that's warned consistently against division within society and multiculturalism".

"We want interculturalism. We've got different religions and faiths but we have to mix together and we have to live under one law," he continued.

"So I think to accuse us of exploiting it is not fair. We have warned for years that things have been going wrong with increasing divisions within society." 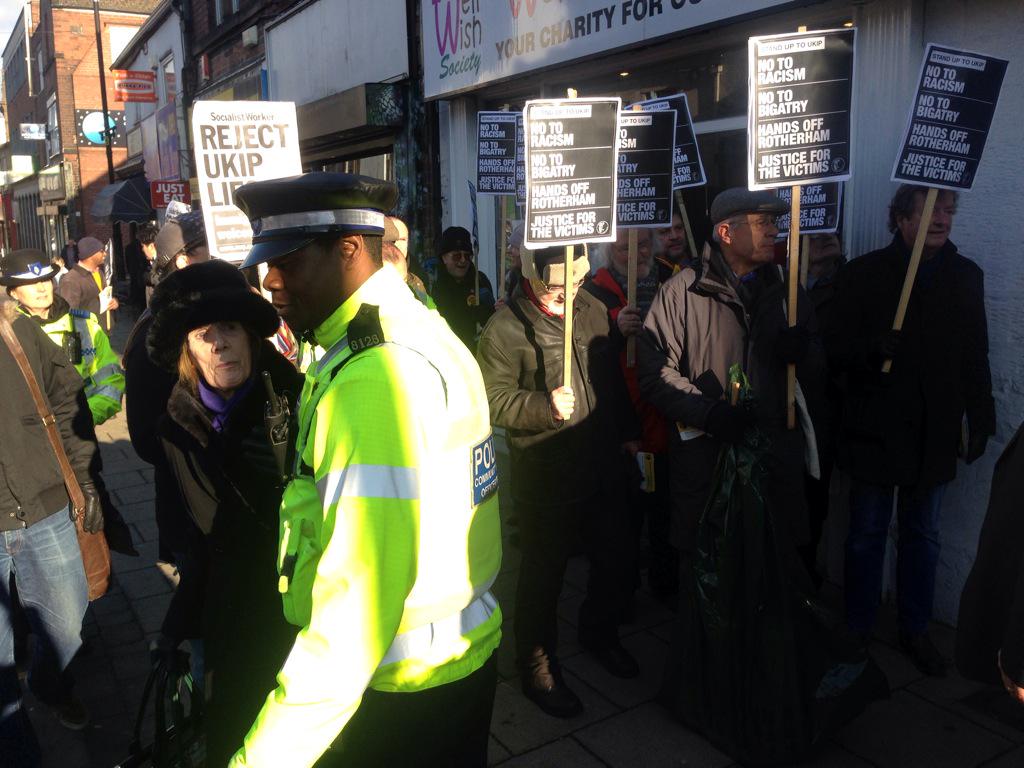 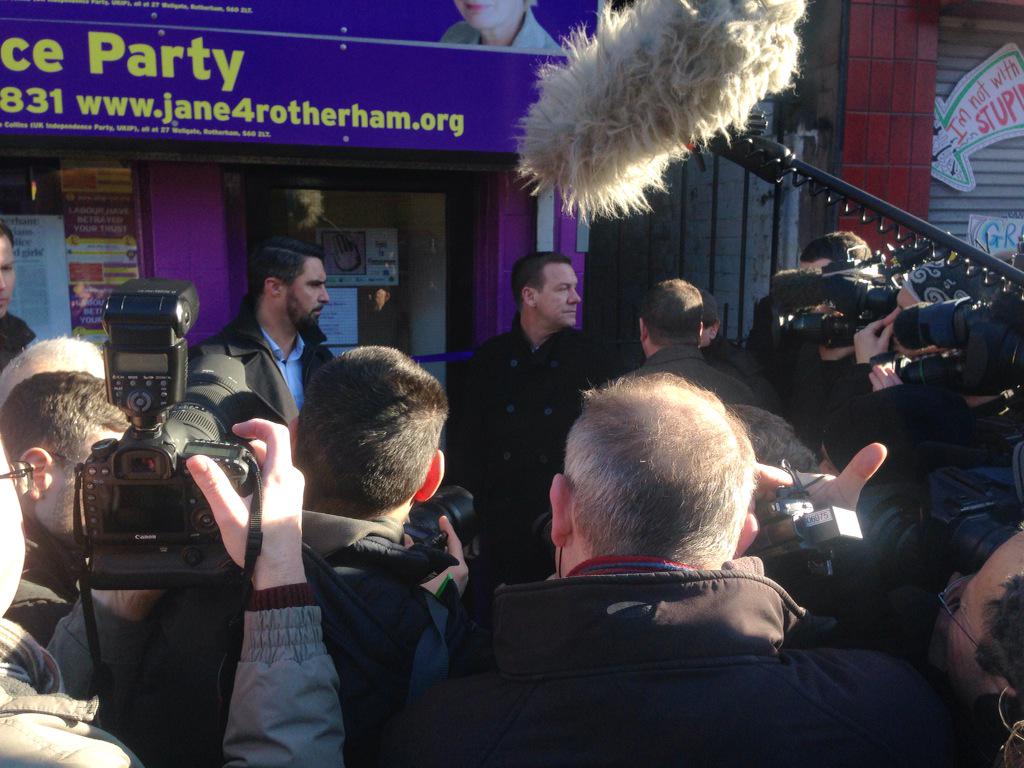 Ukip leader Nigel Farage has abandoned a public appearance in Rotherham after crowds of protesters gathered outside his party's local office.

Farage was due to cut the ribbon on the campaign office of Ukip's general election candidate Jane Collins, but his team said he was not coming out on police advice.