Two first-half goals by Olivier Giroud were more than enough to see Arsenal beat Middlesbrough at the Emirates Stadium and progress to the last eight in the FA Cup. Boro never looked like pulling off a shock in north London.

11 - Arsenal are through to the FA Cup QF for the 11th time under Wenger. They have progressed to the SF in 9 of the previous 10. Pedigree.

Gary Lineker claims the BBC would have screened Bradford's FA Cup fifth-round clash if their opponents had been known when the TV picks were made, before the fourth-round replays.

The BBC was criticised for overlooking the League One club after their giant-killing of Chelsea. Of the eight fifth-round ties played this weekend, Bradford's was one of three not shown live by either the BBC or BT Sport.

The Bantams made the broadcasters regret their decision by beating Sunderland 2-0 to reach the quarter-finals for the first time since 1976.

Sunderland had needed a replay to get past Fulham in the fourth round and Lineker claimed on Twitter that that was a key factor in the BBC picking Aston Villa's clash with Leicester and Man Utd's trip to Preston on Monday night instead.

The BBC can only show 2 ties in each round and select them pre replays. If they could've waited Bradford would obviously have been chosen.

After beating Chelsea in the fourth round, Bradford have done it again in the fifth, beating Premier League side Sunderland 2-0 at Valley Parade to progress to the FA Cup last eight. The match was not televised live, to the dismay of many supporters.

The TV companies cant ignore Bradford any longer. All the QFs are all on live with £250k each for the eight teams.

Aston Villa goalkeeper Shay Given revealed that the club's new manager Tim Sherwood gave the half-time team talk in Villa's 2-1 win over Leicester in the FA Cup fifth round.

"He was very positive, he's always a positive guy," Given said. "He told us to go express yourself, keep shooting and use Christian's [Benteke] strength."

Bradford are at it again, taking a 1-0 lead over Premier League opponents Sunderland at Valley Parade, with only three minutes on the clock. Billy Clarke appeared to be the scorer, but Black Cats defender John O'Shea might yet be credited with an own goal. 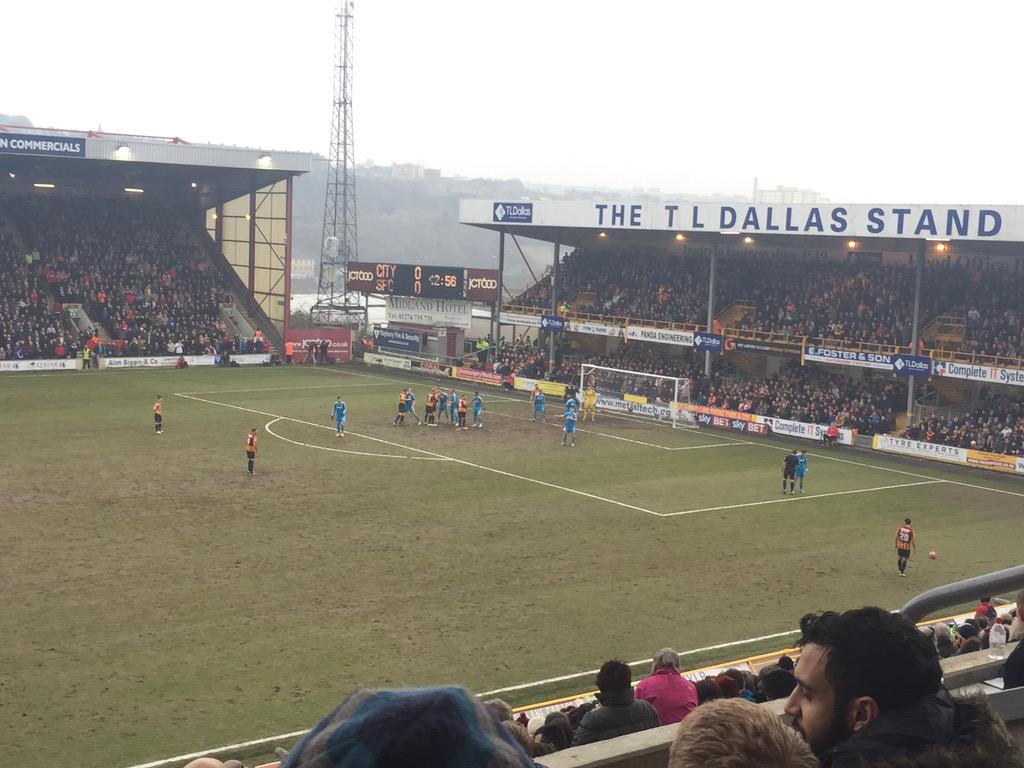 Tim Sherwood watched his new Aston Villa side take on Leicester City in the FA Cup fifth round from the stands at Villa Park.

Even though he wasn't managing Villa on the day (he did, however, give a half-time team talk), Sherwood will claim a winning start to his tenure in the Midlands, as goals by Leandro Bacuna and Scott Sinclair were enough to earn a 2-1 win over struggling Leicester.

Villa will discover their quarter-final opponents on Monday night.