Ed Miliband and Nicola Sturgeon are "at the altar, and preparing to sign the register" on a post-election deal, according to Scottish Conservative leader Ruth Davidson.

In a letter to party supporters she said: "In the last few days, we've now seen hard evidence that this nightmare scenario is now all too real.

"Another poll of Scottish seats on Friday showed that Scottish Labour is now a sinking ship, and is losing voters to the SNP. In truth, there is no way back for them.

"Their weakness means that one thing has become near inevitable: if Ed Miliband is in the position to form a government on May 8th, he will need the SNP's support to push him over the line.

"I said at the turn of the year that Ed Miliband and Nicola Sturgeon were halfway down the aisle towards a deal.

"The truth is that they are now at the altar, and preparing to sign the register. It's the only way Labour can get in to power."

When asked again today whether Labour would enter a formal coalition with the Scottish Nationalists to form a government, Ed Miliband repeated that it wouldn't happen.

However, the Labour leader did stop short of ruling out some sort of post-election pact, should his party fail to win a majority.

Meanwhile, SNP leader Nicola Sturgeon repeated her call for Labour to join forces, saying that only together could they lock the Tories out of Downing Street.

Nick Clegg says he did not watch last night's TV debate, preferring to go to the pub in his Sheffield Hallam constituency instead.

Speaking during a visit to the Gordon seat in Aberdeenshire, the Liberal Democrat said:

I would have liked to have been there.

What was lacking in that debate was a sensible, centre-ground voice spelling out some of the realities of what we face as a country and setting out a hopeful vision of how we finish the job of balancing the books and finish it fairly. Instead, we had this rather lopsided debate.

Ed Miliband has accused David Cameron of trying to "duck, weave and dive" his way back into power, claiming he was "gutless" for refusing to take part in a head-to-head showdown.

"I have been saying week after week, anytime, anywhere, any place."

Miliband joked that he knew the real reason behind Cameron's absence at lat night's debate, saing, "I hear he was washing his hair".

Ed Miliband insisted his message to Nicola Sturgeon is "thanks but no thanks" following her offer of a vote-by-vote deal to help him become Prime Minister.

"Vote Labour for a Labour government," Miliband told an audience of young people in Lincoln today.

"I think lots and lots of people are jumping way ahead here. I'm working for a majority Labour government," he said.

"I believe we can win a majority Labour government. Let's actually see what happens on May 7."

Nicola Sturgeon has said people across the UK will not forgive Ed Miliband if he turns down the chance to lock the Conservatives out of Downing Street. 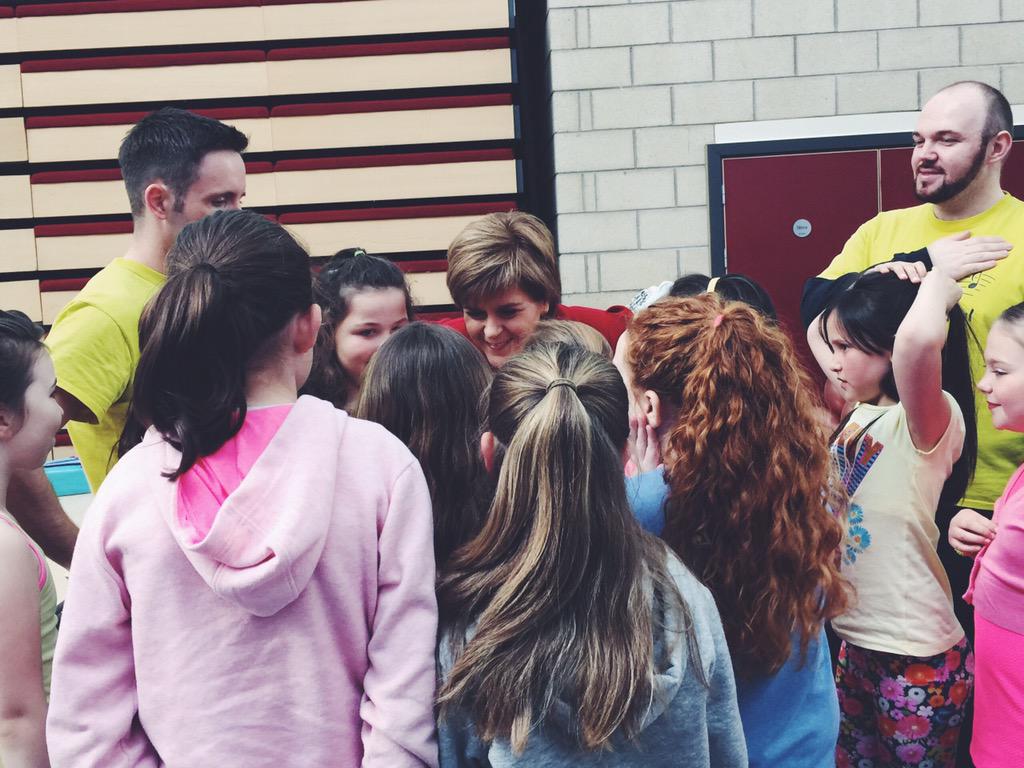 "If Ed Miliband and Labour do that, they will not be forgiven, certainly in Scotland and I suspect in large parts of the UK as well."

"It was very clear last night that on its own, Labour is not going to be bold enough to offer a real alternative to the Tories," she added.

David Cameron has claimed he was not invited to last night's televised leaders debate.

Asked by ITV News' James Mates why he had "ducked out" of the event, the Prime Minister said, "Last night was a 'challengers' debate'."

"It was the idea of the broadcasters to have a debate of the opposition parties, a debate to which Nick Clegg and I weren't invited," he continued.

Cameron was heavily criticised after he refused to sign up to the broadcasters' original plan of three debates.

David Cameron has warned there would be borrowing and taxes if Ed Miliband does a deal with the SNP to become Prime Minister.

The Tory leader said Miliband had failed to rule out a vote-by-vote deal with Nicola Sturgeon after she offered an olive branch during last night's "challengers' debate".

Ed Miliband won't rule out a vote-by-vote deal with the SNP so he can be PM. It would mean more borrowing and more taxes and you would pay.

The Ukip leader said he did not "lose my rag" when he attacked the audience during last night's televised debate for their "left-wing bias."

Miliband and Farage topped the table with 15% each, with the SNP's Nicola Sturgeon a close third, according to a YouGov representative sample using the ITV News daily poll app.

The App can be downloaded free for iPhones and iPad from iTunes or from Google Play for Android users.