The Navy's flagship will today set off to join efforts to ease the migrants crisis in the Mediterranean, the Ministry of Defence has confirmed.

HMS Bulwark is leading Britain's contribution to an operation aimed at stemming the loss of life of refugees fleeing the turmoil in Africa and the Middle East.

More than 1,700 people are estimated to have died attempting to cross the Mediterranean to Europe so far this year.

The 19,000 tonne assault ship has been in the Dardanelles for the Gallipoli centenary commemorations in Turkey.

Italian authorities said they had rescued 274 migrants from a vessel off the Libyan coast on Saturday.

Writing for Time magazine, Antonio Guterres, also the former Prime Minister of Portugal, wrote that Europe's response was "lagging far behind" despite "the greatest humanitarian disaster since World War Two".

He said the actions of European leaders at yesterday's summit "show that Europe recognizes the need for collective action to respond to the enormous tragedy that is unfolding on its borders".

However, he also called for a commitment to "expanded resettlement and humanitarian admission schemes", among a raft of other proposed measures to help those seeking refuge.

"Without realistic alternative channels for people to reach safety, the much-needed increase in international efforts to crack down on smugglers and traffickers is unlikely to be effective," he added.

The suspected captain of this weekend's sunken migrant ship has been pictured in the dock ahead of his court appearance in the Italian port of Catania this morning. 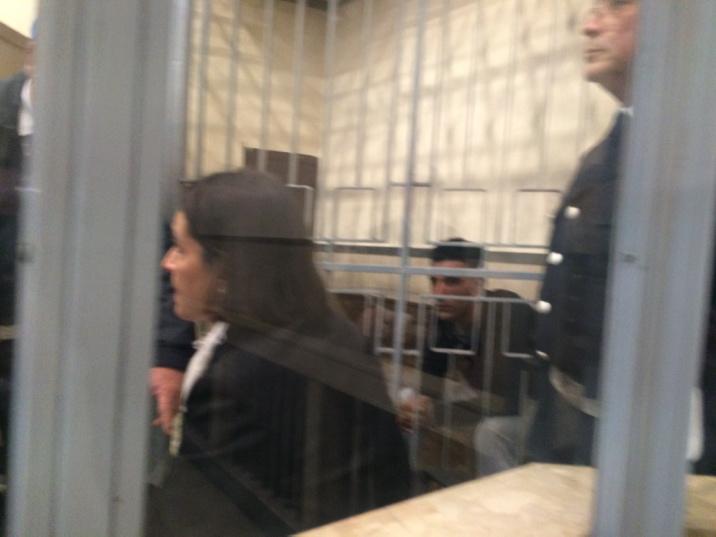 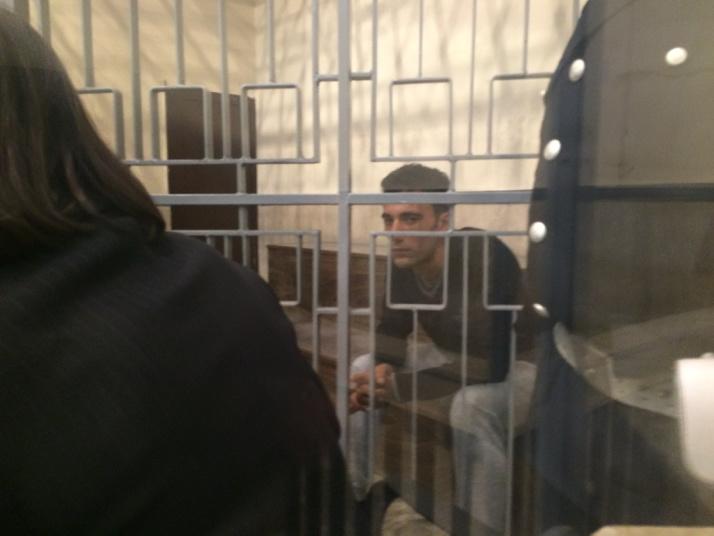 Mohammed Ali Malek - pictured with short dark hair, a black top and jeans - faces a long prison sentence if convicted in relation to the deaths.

The 27-year-old denies that he was in charge of the ship, which was believed to have been carrying hundreds of African and Bangladeshi people from Libya.

His co-accused, Mahmud Bikhit, 25 - who may face charges of favoring clandestine immigration but not of multiple homicide - also denies that he was involved in the disaster.

Migrant deaths. Lawyer for first mate Mahmoud Bikhit tells me his client is innocent: was just another of the passengers.

Five of the survivors will appear in court along with the two accused during the private hearing.

The European Union has committed to 17 proposals it says will make a difference in the Mediterranean within days.

Here is a summary of what was agreed at yesterday's summit of leaders:

The Royal Navy ship that David Cameron has promised to send to the Mediterranean to aid the migrant rescue could be in the area within days.

HMS Bulwark, which is used to respond quickly to crises and world events, has served around the globe and is currently in Turkey for the Gallipoli centenary commemorations.

From there, the assault ship could deploy to the affected area relatively quickly.

Bulwark can carry 256 troops, with their vehicles and combat supplies, and this can be increased to 405.

The ship played an important role in evacuating British nationals from Beirut, Lebanon in July, 2006, after Israel launched an air offensive following the capture of two of its soldiers by Lebanese guerrillas.

The Tunisian captain of a fishing boat which sank off the coast of Libya will appear in court today charged with causing the deaths of around 800 people.

Mohammed Ali Malek, 27, and his Syrian first mate Mahmud Bikhit, 25, were arrested after being rescued along with 26 others on April 19.

The pair are expected to be brought before a court in Catania, Italy for a hearing which could last a few hours.

German Chancellor Angela Merkel said that Europe's values and credibility in the rest of the world were on the line over the migrant crisis "and so the issue today is of the greatest importance, in terms of saving human lives".

David Cameron has said Europe needs a "comprehensive plan" to target criminal gangs, traffickers and the owners of the boats.

After an emergency EU summit in Brussels, the Prime Minister said: "But what's emerging is what we need which is a comprehensive plan, going after the criminal gangs, going after the traffickers, going after the owners of the boats, potentially taking action there as well. And stabilising the countries from which these people are coming."

Mr Cameron said it was "right for Britain to step forward" with the Royal Navy to play a role.

"They'll be saving lives, not offering people asylum in the UK, but saving lives and taking them to Italy or to other nearby countries," he added.

"That's the role we can play in the immediate term, but a comprehensive strategy is what in the end will make the difference and solve those problems."