It will be a less hot day for most today but it will still feel warm with temperatures reaching 28C (83F) in the east.

Showers in the far north will soon clear to leave some sunshine this morning.

Further showers, heavy and thundery at times will spread into southern areas this morning before they move northwards this afternoon.

Sunnier and fresher conditions will spread in from the southwest as the showers clear.

Cooler temperatures are forecast after thunderstorms and heavy downpours hit parts of Britain after the hottest July day on record.

After a sweltering day, where temperatures reached a record high for July, the weather turned.

Britain baked in the hottest July day on record, with the mercury peaking at 36.7C (98.06F) at Heathrow in London.

Centra Pulse, which provides personal alarms and fall detectors, said it received an average of 500 calls an hour compared to the usual 300. And ambulance services also reported a spike in calls.

A spokeswoman said most were from elderly or long-term sick people suffering from the heat, and not from sunburn or heat exhaustion.

Staying hydrated and keeping to the shade are among recommendations by health experts.

Read: How to stay healthy in a heatwave

Paddling pools, ice creams and sun hats were among just some of the ways people kept cool during the hottest July day ever recorded.

Police have offered legal advice to anyone who spots a dog trapped in a hot car - including on whether they can smash the windows or not.

Tennis players competing at Wimbledon and fans watching the action today have had to battle through the hottest temperature ever recorded at the competition.

#Wimbledon has had its hottest day ever. Kew Gardens (nearest observation site) has recorded a temperature of 35.7 °C

The temperature has hit the hottest ever for a July day, with highs of 36.7C recorded at Heathrow.

It's the hottest July day on record with 36.7 °C recorded so far at Heathrow #hottestdayoftheyear http://t.co/KRsarsvg7n 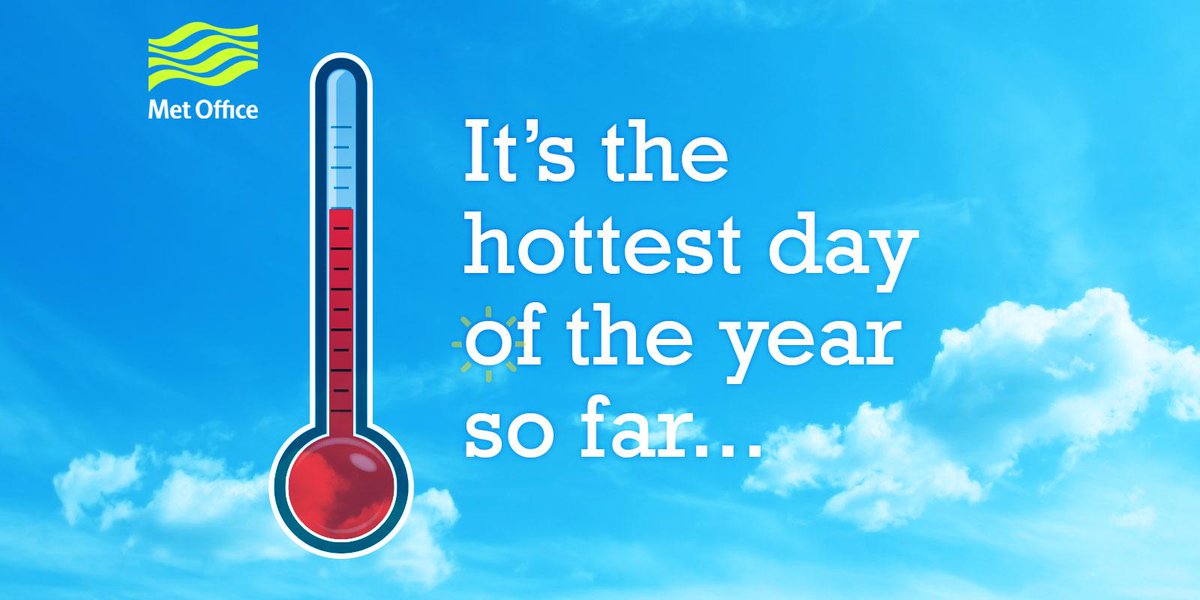 Heathrow has recorded the hottest temperature of the year so far at 35.7C, narrowly pipping Wittering where 35.3C was recorded.

Heathrow has now recorded a temperature of 35.7 °C. The hottest July on record was 36.5 °C in 2006 #hottestdayoftheyear

Wittering has recorded a temperature of 35.3 °C making it the #hottestdayoftheyear so far