Since the Budget, a cascade of analysis has crashed across our screens and squirted ink over our newspapers - much of it missing the point.

This afternoon, the Institute for Fiscal Studies presented a damning analysis of George Osborne's Budget. Here we explain the key points.

The IFS said 13 million families will be worse off because of the freeze on working-age benefits.

The Work and Pensions Secretary was seen on camera cheering when the Chancellor announced the new National Living Wage yesterday - a celebration that Burnham said showed the "nasty party was well and truly back".

Read the devastating @theifs verdict on the Budget. Then look at this picture again. Nasty Party is well & truly back http://t.co/f0c7Ysfp6t 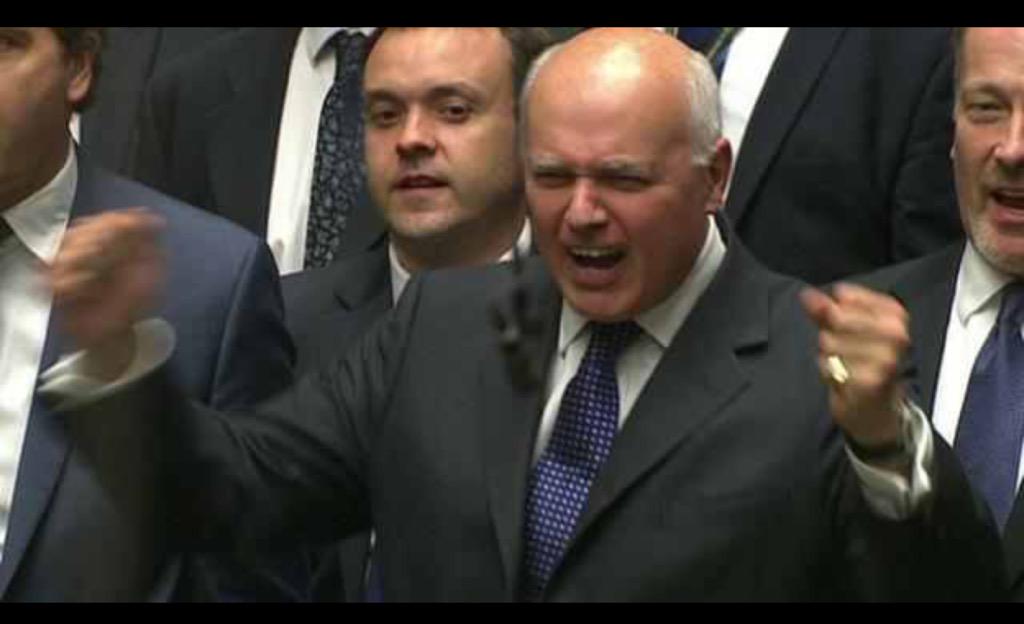 The Chancellor has been accused of an "outrageous" tax hike on motorists that will lead to more uninsured drivers on the country's roads.

George Osborne raised the Insurance Premium Tax in yesterday's Budget from 6% to 9.5%, a move which the AA said could backfire.

"Drivers shouldn’t be dancing in the streets or at the pumps due to a promised freeze in fuel duty," said Edmund King, AA president.

"The sting is in the tail. The Insurance Premium Tax increase on the average car insurance policy is still equivalent to a fuel duty increase of almost 2p per litre. Either way drivers are being hit in their pockets.

The Budget is unfair to Catholics because of plans to limit to two the number of children eligible for tax credits from April 2017, a Labour MP has suggested.

Intervening on Work and Pensions Secretary Iain Duncan Smith in the Commons, his Labour shadow, Helen Goodman asked: "Could you explain to the House why cutting tax credits for large families is a fair thing to do when it will be concentrated... on families where children are living in poverty, on Roman Catholic families, on Catholics from other minorities.

"Don't you understand that every child matters?"

Mr Duncan Smith replied: "I have for some time believed the way tax credits operated distorted the system so there were far too many families not going into work, living in bigger and bigger houses, with larger families subsidised by the state when many others, the vast majority of families in Britain, make decisions about how many children they can have and the houses they can live in.

"Getting that balance back is about getting fairness back into the system."

Thirteen million families will on average lose £260 each year because of the freeze on working-age benefits, according to the Institute for Fiscal Studies.

Describing George Osborne's Budget as "regressive", IFS director Paul Johnson said it took "much more" from the poor than the rich, adding that after 2017 most benefit rates will have fallen to pre-2008 levels.

"The biggest single cut to welfare spending is set to come from extending the freeze in working age benefits, tax credits and local housing allowance out to 2020," he said.

"That will affect 13 million families who will lose an average of £260 a year."

The IFS also cast doubts on the Chancellor's claim to be delivering a "lower-tax" society, pointing out that the Treasury's own documents show tax increases totalling £6.5 billion a year by 2020.

"Given the array of benefits, it is not surprising that the changes overall are regressive, taking much more from poorer households than richer ones", Mr Johnson added.

Millions of pounds have been wiped off the value of Britain's listed retailers amid fears over soaring staff costs from the new national living wage.

Fashion chain Next, Sainsbury's and Debenhams were among the stock market casualties in the second day of share losses for the sector as experts warned they faced significantly higher costs from the plans revealed in yesterday's summer Budget.

Marks & Spencer and Argos owner Home Retail Group were among listed retailers sent as much as 3% lower yesterday after George Osborne unveiled plans for a compulsory "living wage" of £7.20 an hour for over-25s from next year, rising to £9 by 2020.

Next was more than 2% lower in the FTSE 100 Index today, while Sainsbury's fell more than 1% and Debenhams dropped 3% in the FTSE 250.

He added: "Although this increase will only affect the over 25s they do make up a significant proportion of employees who are either on or just above the current national minimum wage.

George Osborne has been accused of pulling the rug from underneath working people who will be hit hard by his latest Budget.

Shadow chancellor Chris Leslie said Labour was "delighted" the Chancellor wanted to "steal" some of their manifesto policies but accused the Treasury of hiding the true impact on families.

"The difficulty with the Chancellor's position though is that he is not bringing in those increases in wages in time for the pulling of the rug from underneath hundreds of thousands of working people with the introduction of what is effectively a work penalty into the tax system," he said.

"Do not under-estimate how important those tax credits have been for many, many people.

The CBI has called the Chancellor's minimum wage increase a "gamble" that risked politicising the process and causing problems for some small businesses.

Director general John Cridland said overall he was pleased with George Osborne's Budget but added that businesses were being put under pressure.

"But this issue of the minimum wage will have caught businesses by surprise. It is a gamble.

"The businesses that will be under the most pressure, paying a significantly higher minimum wage - 6% higher on average every year in this parliament - aren't the same businesses as a whole who will get the benefit from the tax reductions."

The Chancellor has insisted that millions of Britons will be better off because of his changes to tax credits.

Speaking to Good Morning Britain, George Osborne said that six million people will be on higher pay because of a "ripple effect" through the economy.

"And for those working on salaries a bit higher than the current minimum wage, you'll also be better off because there will be a ripple effect as wages rise... that will mean six million people with higher pay."

The Chancellor said his Budget - the first Tory Budget in 19 years - was offering "a new contract" with the country as the Government made "difficult decisions" with welfare but added: "The country has to live within its means."

Asked whether his Budget was part of his strategy to get his hands on the key for Number 10, Osborne wouldn't be drawn on the issue.

"I fancy being Chancellor of the Exchequer.. that's what I'm focused on."

Describing the changes as a 'new contract' for Britain, the Chancellor later reiterated the benefits of the Budget via Twitter: