Negotiators at the UN-sponsored climate summit in Paris have reached a draft agreement due to be presented to ministers at 10.30 GMT, according to a French government source.

"There is a draft agreement," the source was quoted by Reuters as saying.

"It is being translated. For it to become a deal, it would have to be adopted."

The environmental schemes discussed on a grand scale in Paris must now work in the real world.

We may all have to make changes to help save the planet from devastating climate change.

Street-level changes will support the big ambitions from Paris, but the problem is human behaviour is as difficult to control as the climate itself.

Much progress in setting targets to tackle climate change has been made in Paris, but there are still many hard decisions to be made.

The world appears to be on the verge of a groundbreaking agreement to tackle climate change, although the final wording is still being argued over at the UN conference in Paris.

The draft text which was published has many agreements in it, but there are still many hard decisions to be made.

French Foreign Minister Laurent Fabius said he was "optimistic" a global deal to combat climate change could be struck after a final draft will be released on Saturday morning.

"We are nearly there. I'm optimistic," Fabius said.

He said he will present the draft at 9am local time (8am GMT).

Efforts to craft a global agreement stumbled on Friday with China and many other nations refusing to yield ground.

France was forced to extend the UN summit by a day to overcome stubborn divisions.

An announcement on any global climate treaty will not be made until Saturday, French Foreign Minister Laurent Fabius said.

He told French BFMTV that he would present the text of a new compromise deal on Saturday morning and that "things are going in the right direction."

But the atmosphere is good, things are positive, things are going in the right direction.

The climate summit in Paris is at a "critical moment", US Secretary of State John Kerry has said.

Past midnight in Paris for #COP21. Everyone working hard. A critical moment, an opportunity we can't afford to miss. https://t.co/LoardSMd85 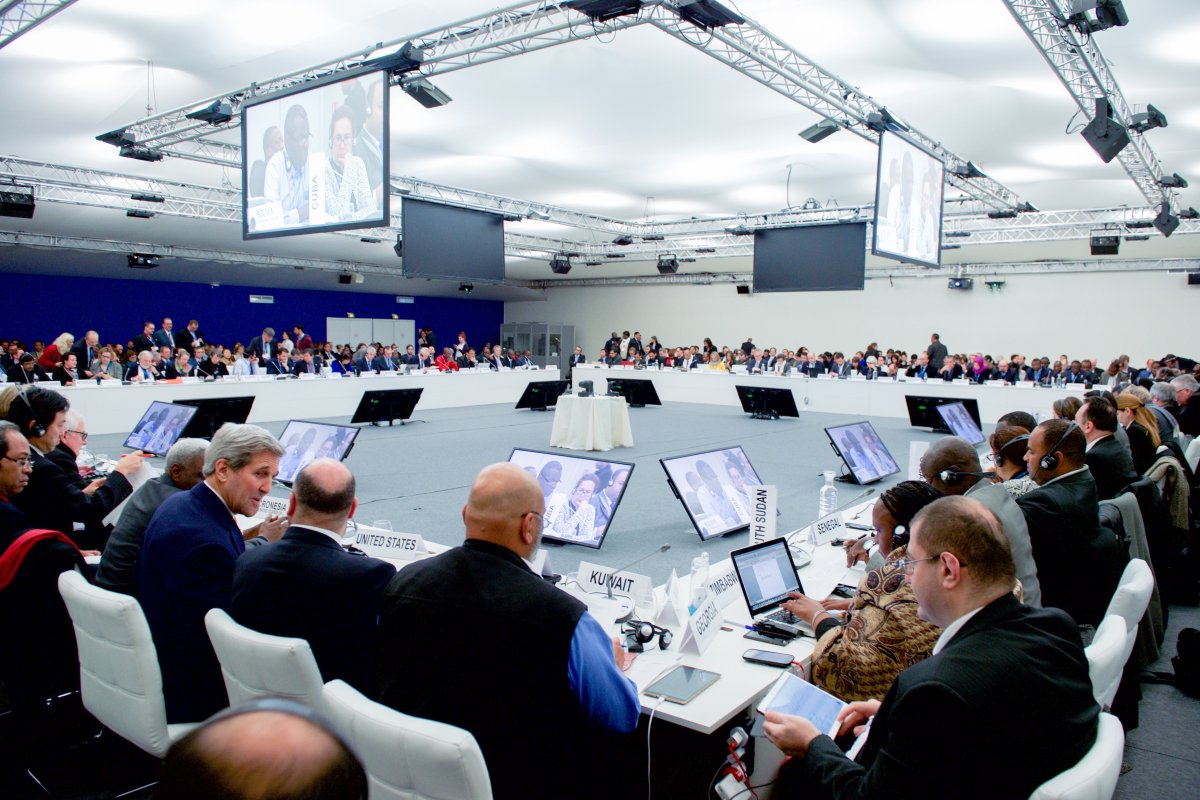 Mr Kerry said delegates were "working hard" to reach a deal as they negotiated into the early hours in the French capital.

He described the chance to reach an agreement as "an opportunity we can't afford to miss".

The details of a new global climate agreement will be debated through the night after new draft proposals were published on Thursday.

The new version of the agreement seeks to keep temperature rises to "well below" 2C above pre-industrial levels, as well as pursue efforts to limit the temperature increase to 1.5C, which vulnerable countries say is necessary to their very survival.

But ITV News Science Correspondent Alok Jha says that target will not be easy to achieve and there are still some "sticking points" in the deal.

A draft climate change agreement has been released following the Paris summit - and contains something of a surprise, as Alok Jha explains.