'Star Wars: The Force Awakens' racked in $1.1 billion (£674m) in cinemas around the world in a record 12 days since its release.

Star Wars: The Force Awakens has hauled in an estimated $250 million at worldwide box offices so far this weekend, according to distributor Disney.

The seventh Star Wars movie is expected to sell close to $220m worth of tickets in the US and Canada this weekend, beating the record $208.8 million, Disney said.

The Force is truly strong with one happy couple after they tied the knot whilst queuing for the first showing of the latest Star Wars film.

Star Wars fans have been eagerly awaiting the UK premiere of The Force Awakens - but it was Carrie Fisher's dog who stole the show.

The Princess Leia actress walked the red carpet with her pet pooch Gary - and at one point it looked like she nearly took a tumble.

But not one to worry about the paps Carrie promptly got on the floor with Gary rather than posing for pictures.

So the young star of Star Wars John Boyega tells me he "grew up watching me' #feelingancient! #TheForceAwakens https://t.co/YP1n7jGS8o 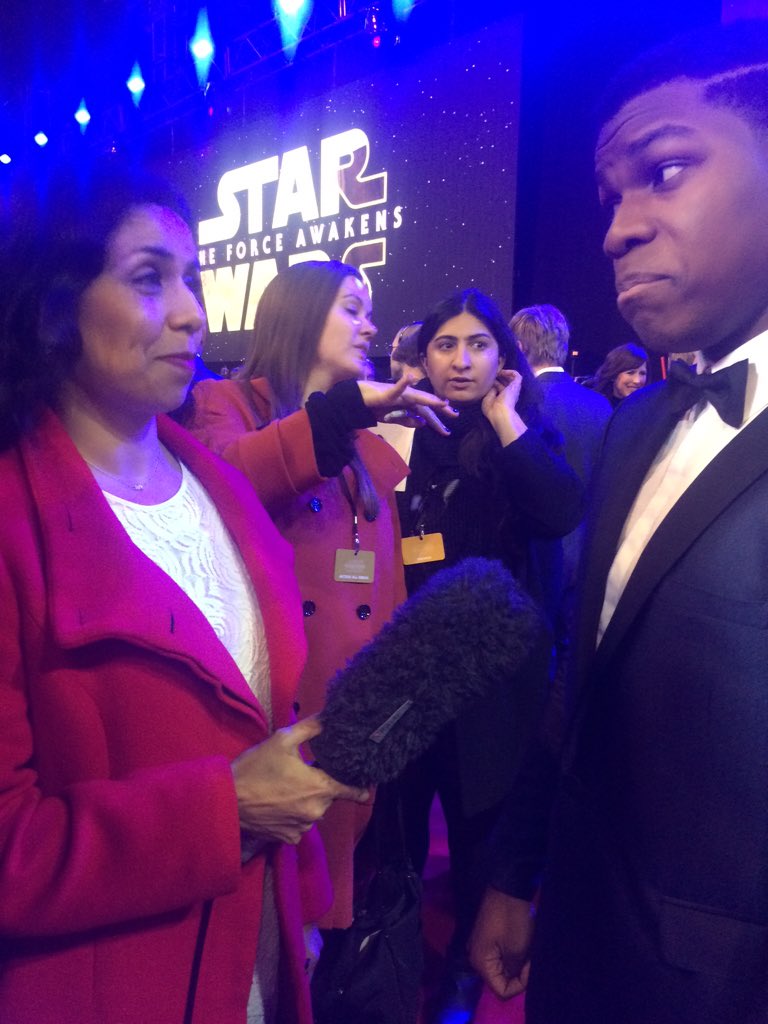 Critics are saying The Force Awakens is set to be the highest grossing film in history.

It could be the first film to make £2 billion at the box office and seeing the reception at the premiere tonight, that looks very likely to happen.

BB-8 is the newest droid in the new Star Wars movie and is expected to gain a legion of fans - ITV News' Nina Nannar appears to be one.

Actor Mark Hamill, who plays Luke Skywalker, told ITV News' Nina Nannar the reception at the Star Wars The Force Awakens premiere had been "overwhelming," adding "it never gets old."

Asked for her reaction to the widely positive reviews for The Force Awakens, British actress Daisy Ridley, who plays Rey, told ITV News' Nina Nannar: "It's very nice that people think I did a good job - I worked really hard!"

She said she had been able to manage just two hours sleep after flying into London for the premiere.

Harrison Ford admitted to ITV News that he is "feeling a lot of jet lag"after jetting into London for the European premiere of Star Wars: The Force Awakens.

Ford, who reprises his role as Han Solo, said he had heard the reviews for the film "were ok" - critics hailed it as a triumph.