Prince Charles has made his acting debut with the Royal Shakespeare Company, appearing on stage in Stratford with a host of British acting talent to round off a day of celebration marking 400 years since the death of William Shakespeare.

The Prince, who has been the patron of the RSC for 25 years, asked "might I have a word" as he walked on stage to deliver the famous line "To be or not to be, that is the question".

The line, from Shakespeare's Hamlet, brought laughs and applause from a packed audience at the Royal Shakespeare Theatre.

The Prince of Wales joined thousands of well-wishers in Stratford-upon-Avon to commemorate the life and works of the Bard.

Prince Charles has arrived in Stratford-upon-Avon this afternoon to join in the celebrations that have been organised to mark the 400th anniversary of William Shakespeare's death.

During his visit to the bard's hometown the Prince of Wales will be shown around Shakespeare's family home and visit an exhibition, before being joined by the Duchess of Cornwall for a 'Shakespeare Live' theatre performance.

To kick off the day in Stratford-upon-Avon, HRH is visiting New Place, a new visitor experience. #Shakespeare400 https://t.co/Ar0bz78ceP 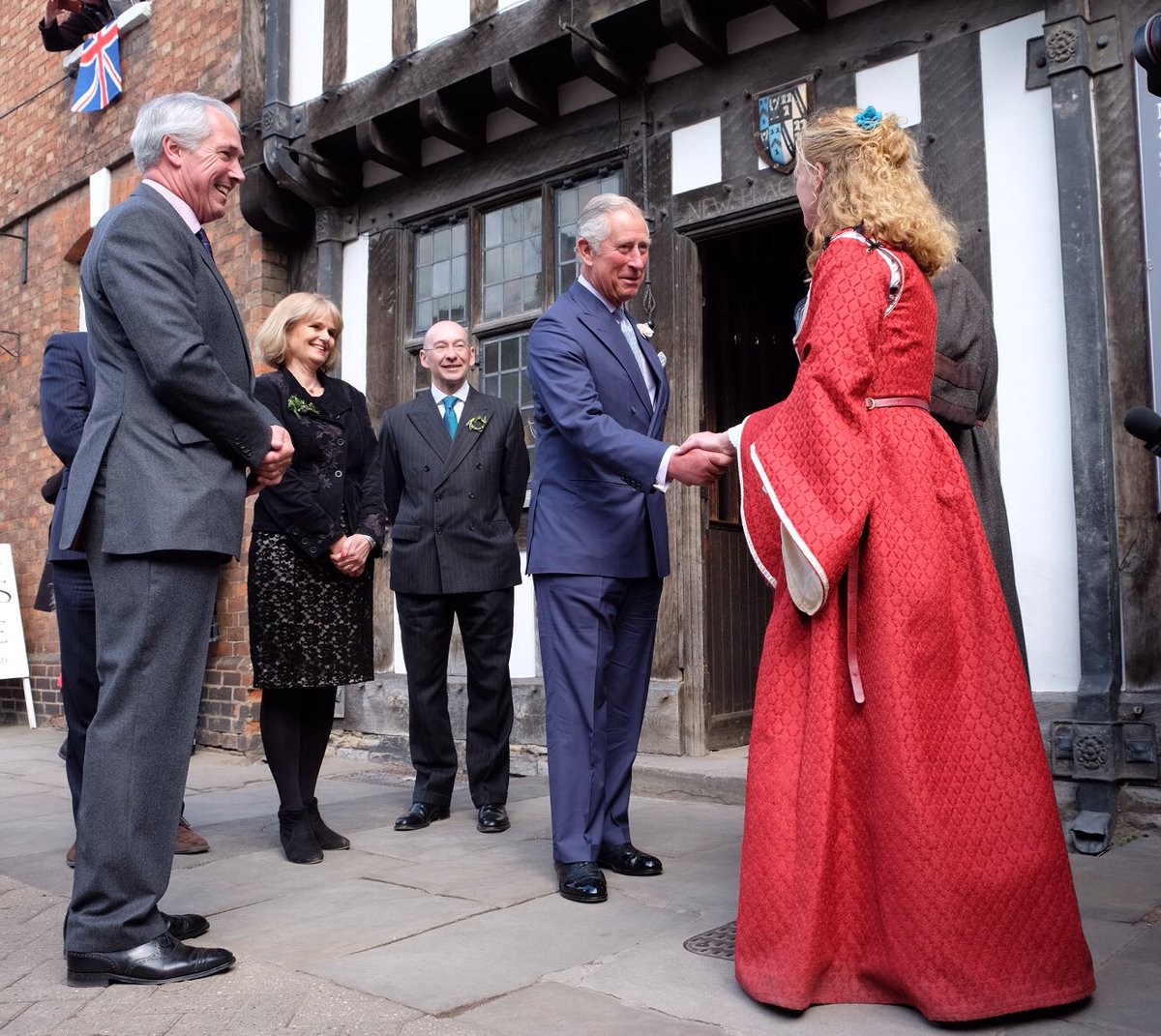 A parade marking the 400th anniversary of William Shakespeare's death has reached Holy Trinity Church in Stratford - where the bard was laid to rest.

After marking 400 years since Shakespeare's death with a funeral-style procession, the parade in Stratford has become a musical celebration.

The bard's hometown is hosting a string of events in honour of the landmark anniversary.

A funeral-style parade honouring 400 years since the death of playwright William Shakespeare has begun in his hometown of Stratford-upon-Avon.

The parade, which began on a rather sombre note, is due to end on a more upbeat level with a performance from the New Orleans jazz band.

It is one of a series of events up and down the country honouring the landmark occasion anniversary.

Hundreds of people have started lining the streets of Stratford ahead of a parade marking 400 years since Shakespeare's death.

Many of them wearing special 'William Shakespeare' masks, the crowds were due to be treated to a walk of remembrance, ending with a performance by the New Orleans jazz band.

US President Barack Obama has visited Shakespeare's Globe theatre in London, as celebrations marking 400 years since the playwright's death take place up and down the country.

Accompanied by Patrick Spottiswoode, director of Globe Education, the president was given an early-morning tour of the Southwark playhouse - a reconstruction of the 1599 Globe theatre where many of Shakespeare's greatest works were performed.

He was also treated to a brief performance of scenes from Hamlet by a company of 16, featuring folk music from the era.

Clapping loudly as the performance ended, Mr Obama was invited to join the actors on stage.

"Let me shake hands with everyone. That was wonderful," he said.

Actor David Tennant will host an all-star ensemble cast set to perform on stage in honour of Shakespeare's 400th anniversary on Saturday night.

He broke off from rehearsals in in Stratford-upon-Avon to talk to ITV News about the bard's enduring legacy.

"These plays still sell out theatres," he told Nina Nannar:

Did you know many popular everyday sayings and phrases were coined by William Shakespeare? Here are a few of them.