Hundreds of revellers have continued to arrive at Glastonbury Festival after Wednesday's travel chaos and the continued wet weather.

Glastonbury Police have said there are no major travel issues with "some traffic south-bound on A37 but nothing abnormal".

Hundreds of Glastonbury Festival-goers are expected to attend a tribute to murdered MP Jo Cox later.

The event had been planned to coincide with vigils taking place in central London and Mrs Cox's Batley and Spen constituency on Wednesday.

But it was postponed due to travel chaos on the roads leading to the festival site.

Festival co-ordinator Emily Eavis tweeted the planned tribute on what would have been the MP's 42nd birthday had been pushed back a day.

Our tribute to Jo Cox in The Park will now be at 4pm tomorrow, Thursday. Look forward to seeing you there.

A Facebook group for the "More In Common" event said it had been moved to the Park Stage on Thursday at 4pm "to allow more people to take part" in the celebration of Ms Cox's life.

A two-minute silence was held for the mother-of-two by those who did turn up for the original event.

The first day of the festival saw some of the worst traffic problems in the festival's historyand many more ticket-holders are expected into the site on Thursday before the music starts.

The Met Office is forecasting temperatures of up to 21C, with bright and sunny spells but showers could make a reappearance in the evening.

Some people have reported it taking up to 14 hours to get onto the site this morning, while others say it's taken them just a couple. 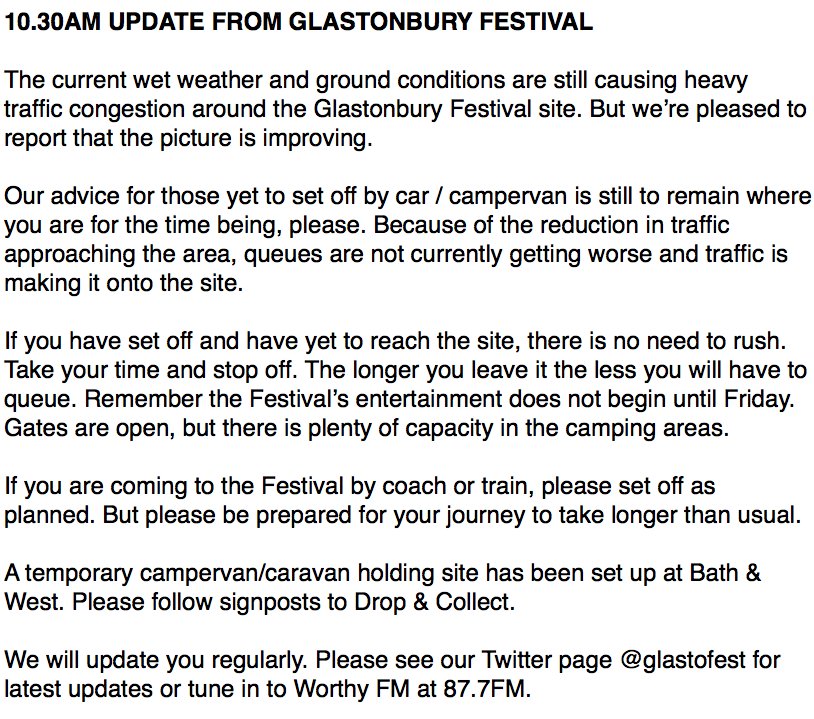 Local farmers are being recruited to get traffic onto the Glastonbury Festival site. Heavy rain over a prolonged period has caused localised flooding and muddy fields at the festival.

Tractor drivers are now helping to tow caravans and camper vans on the fields on the east of the site.

The conditions at Glastonbury Festival are not as bad as expected, according to ITV News correspondent Rupert Evelyn.

Earlier on Wednesday, Rupert sent a video update in his car after becoming one of thousands of festival goers stuck in traffic in Somerset.

Avon and Somerset Police have since reopened A303 westbound after an earlier accident and advised people to use alternative routes into the festival - namely the M5 junction 23, or A36 from the M4.

Glastonbury Festivals have said the park is now open, and after arriving at the site, Rupert said: "in the end it wasn't perhaps as bad as we'd expected it to be."

Conditions at the Worthy Farm site are expected to improve later in the week, with Meteorologist Emma Sharples saying temperatures on Sunday could be a "fine and bright with plenty of sunshine".

Earlier on Wednesday, festival goers who had not started their journey to Somerset were advised to "stay put" after "wet weather and ground conditions" resulted in congestion in surrounding roads.

Event organiser Emily Eavis said: "Traffic is improving. We apologise for the delays and are doing our best to move things along quickly".

We're pleased to report that the Festival is fully open for business.

Everyone is welcome to travel to the site, where traffic is moving as it usually does for the Festival. Please expect to queue, but we will get you in.

Thank you for your patience and help with this today.

We look forward to seeing you for a great Glastonbury.

Three revellers stuck in traffic on their way to the Glastonbury Festival share their stories of frustration and optimism with ITV News.

Our correspondent Rupert Evelyn is among those stuck in long traffic queues on the opening day of Glastonbury festival - he sent this update.

Hundreds of Glastonbury Festival goers are stuck in traffic as they try to get on site. Some are reporting seven hours in queues.

Emmerdale and Hollyoaks star James Sutton has tweeted this video as he sits in the queues:

7 hours in the queue now...so near yet so far away! #glastonburytraffic https://t.co/1EMeb0x5t4 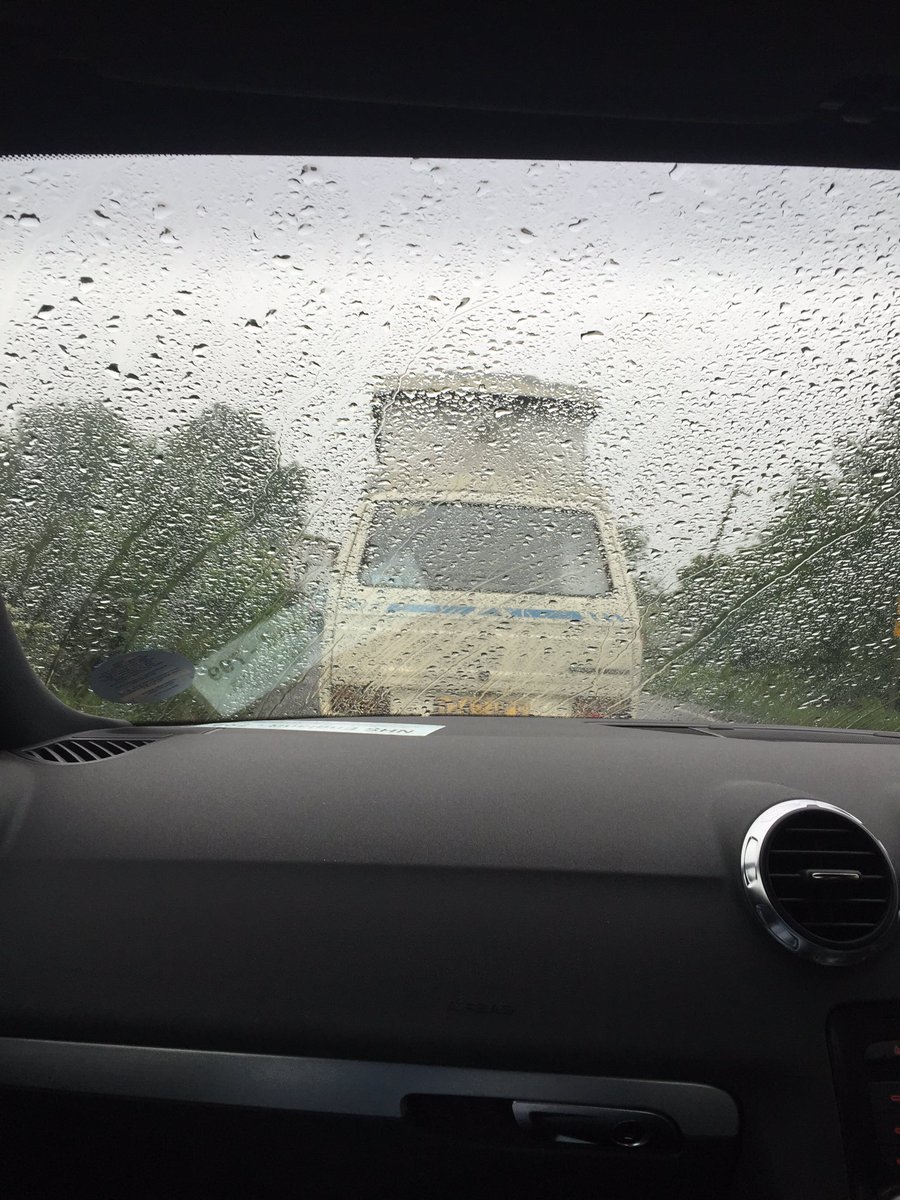 Glastonbury festival-goers have been stuck in traffic queues of up to 12 hours as traffic chaos hits all major routes to the site.