Oscar Pistorius has been jailed for six years for the murder of his girlfriend Reeva Steenkamp in 2013.

The sentence is lighter than many expected, and as ITV News' Africa correspondent John Ray reports, he will be eligible for parole in around three years.

Oscar Pistorius will not appeal his six-year prison sentence for the 2013 murder of his girlfriend Reeva Steenkamp, his defence team have said.

The paralympic gold medalist, who was sentenced today, will serve "between half and two thirds of the sentence" before he can apply for parole, said Andrew Fawcett, Pistorius' instructing lawyer.

Oscar Pistorius has been sentenced to six years for the murder in 2013 of his girlfriend Reeva Steenkamp.

The sentence was less than many had expected, and under the prescribed minimum 15-year sentence the prosecution had called for.

Pistoriuys was taken to jail immediately following the hearing.

The judge in Oscar Pistorius' sentencing hearing has said that public opinion must play no role in the court's sentencing decision.

Judge Thokozile Masipa said the court should not take account of public opinion in determining sentence, no matter how "loud and persistent" it might be.

Judge Thokozile Masipa has begun outlining the events of the murder of Reeva Steenkamp, preceding her comments by saying the circumstances did not make the crime any less serious.

Pistorius killed Steenkamp when he fired a gun four times at a closed bathroom door, which she was behind.

He has always denied deliberately shooting Steenkamp, maintaining during his trial that he opened fire because he believed an intruder had broken into his home.

"The fact that the accused thought it was an intruder does not make it any less serious," Judge Masipa said.

#OscarPistorius Judge Masipa; can't ignore perception that OP and Reeva had row, but there's 'not a shred of evidence' to support that.

Judge Thokozile Masipa began by reviewing the evidence she had to consider, and will consider Pistorius' mitigation submissions.

Oscar Pistorius has arrived at court for his sentencing hearing over the murder of his girlfriend Reeva Steenkamp.

#OscarPistorius just arrived for sentencing. Maybe his last walk as free man for some time https://t.co/Pn1AlVUv5L 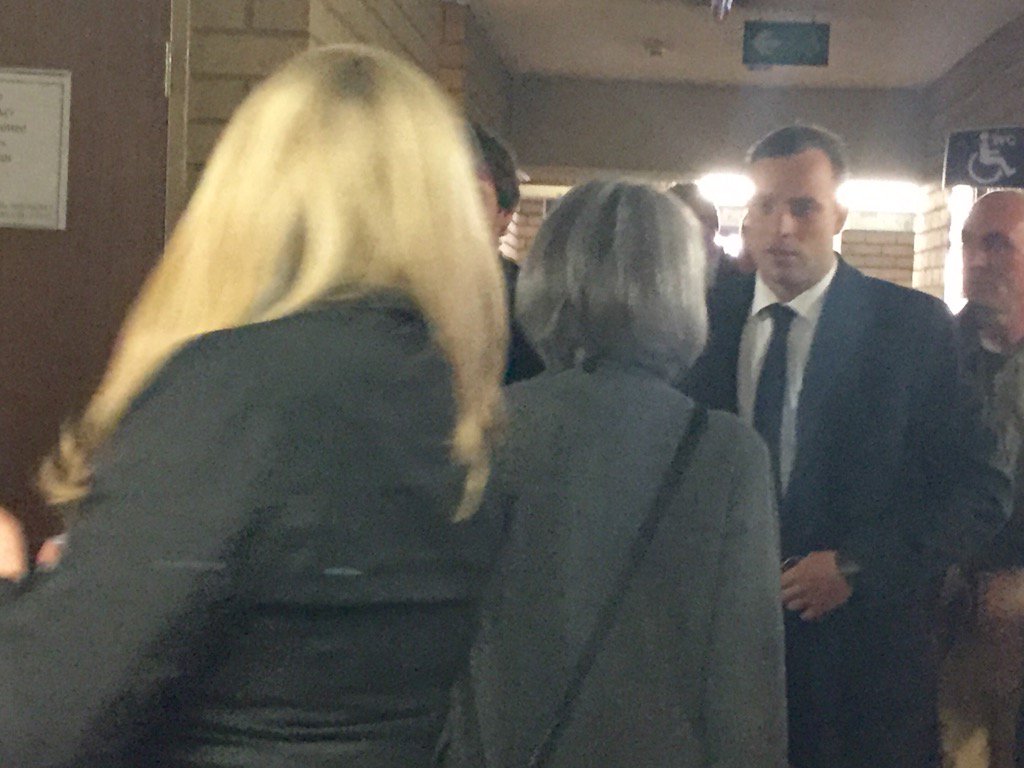 South African paralympic gold medallist Oscar Pistorius will be sentenced on Wednesday for the murder of his girlfriend Reeva Steenkamp.