At least 37 people have been killed in two suicide bombings in Beirut, Lebanon's interior minister has said.

Dozens of others were injured after explosions ripped through a busy area of a southern suburb in the capital city, which has been a stronghold of the country's Hezbollah Shi'a Islamist militant group.

Local media has said the attacks happened just outside a Shi'ite centre in the Borj al-Barajneh area.

The area is a stronghold of support for the Shi'ite political and militant movement Hezbollah.

Iran's embassy in the same area was targeted by a bomb attack in November.

The deadly blast that ripped through the Haret Hreik district of southern Beirut this afternoon appeared to be caused by a car bomb, security officials said.

At least five people have been killed and 20 injured in the attack, which took place in an areas that is a stronghold of the Hezbollah group.

Lebanon has been hit by a wave of bombings in recent months as the civil war in Syria increasingly spills over the border.

A powerful blast hit southern Beirut this afternoon, killing five people according to the health ministry and wounding at least 20.

The blast sent a column of smoke into the sky and destroyed the front of many nearby buildings.

The city has been recently hit by a number of attacks recently, including one last week which killed a former minister.

A powerful explosion in Shi'ite group Hezbollah's southern Beirut stronghold killed five people on sending a column of smoke into the sky, a witness said.

Television footage showed the twisted and blackened remains of several cars being doused with hoses by emergency services.

Lebanon's health ministry said five people have been killed and 20 injured in Beirut. 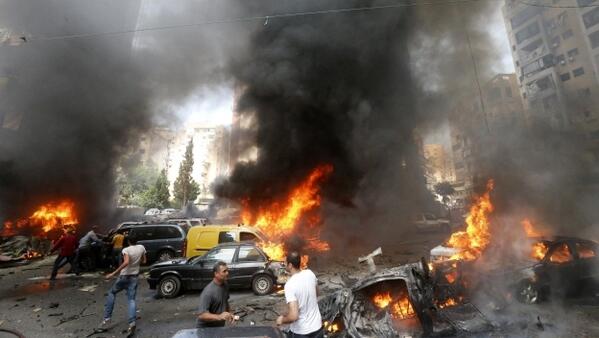 Beirut journalist Angie Nassar has tweeted a photo of the city following an explosion that reportedly left two people dead: 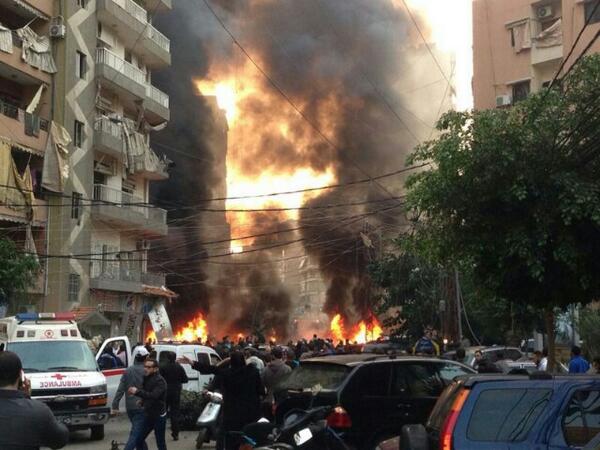 A journalist in Beirut has posted a photo on Twitter of the aftermath of an apparent bomb blast in the Lebanese capital:

A photo from the explosion in #Beirut, 20 minutes ago. http://t.co/EBygvCJl0e 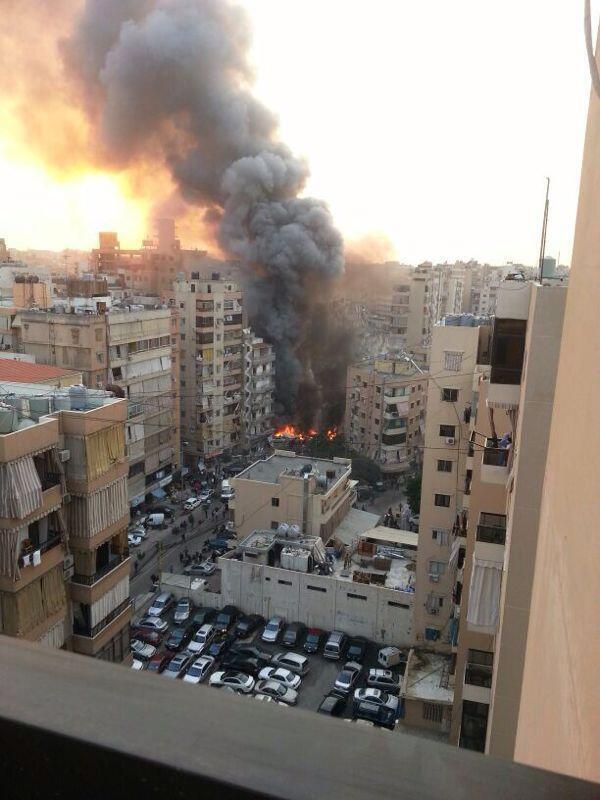 Witnesses said that two bodies were found at the scene of an explosion in Beirut, and that six people were wounded.