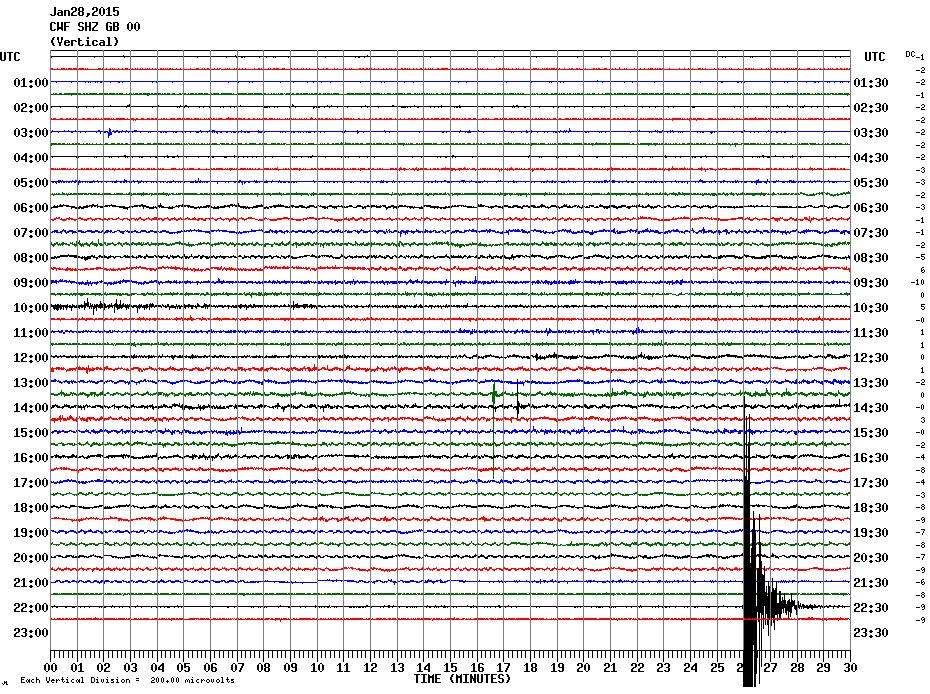 ITV News reporter James Webster has tweeted an image from the British Geological Survey showing the data of tonight's earthquake felt across the East Midlands.

The image above is taken from the monitoring station based at Charnwood Forest in Leicestershire.

The US Geological survey says the epicentre was in Cottesmore in Rutland and happened at 22:25 GMT.

The British Geological Survey says it is looking into reports of a possible Earthquake in the Leicestershire and Rutland area.

Just looking into reports of a possible Earthquake in the Leics / Rutland area. Watch this space!

Meanwhile the tremors were felt in Grantham and Kettering.

Just felt an earthquake I'm sure, shook the whole house, in Grantham #grantham

Budget supermarket Aldi has recalled one of its staple chocolate sweets after salmonella was detected.

Customers are being urged to return all 200g packs of Choceur Treasures sold in the Midlands with a 'best before' date of September 1, 2015, due to the bacteria being found in one batch which went on to be sold at stores across the region.

Read: The full list of stores where the treats have been sold

No other Choceur or Aldi products are known to be affected.

Three men have been arrested during terror raids in London and the East Midlands on suspicion of supplying forged documents, Scotland Yard said.

The suspects, aged 28, 30 and 33, were taken to a central London police station.

A 33-year-old man arrested at a separate address in south-east London on suspicion of being concerned in the commission, preparation or instigation of acts of terrorism remains in custody.

While police were given until December 14 to question a further five people arrested in connection with the investigation.

Business leads and commuters in Nottingham have welcomed plans for the HS2 extension, and especially the new station at Toton Sidings, the Nottingham Post reports.

No trains between Derby and Nottingham / East Midlands Parkway because of flooding near #LongEaton . Buses are currently being sourced.