She described being told to lose weight at a "humiliating" nude line-up as more stars speak out after Harvey Weinstein scandal.

Jennifer Lawrence has opened up about why her male co-stars get paid more than her in a expletive-filled rant on social media.

Hollywood actress Jennifer Lawrence has spoken out for the first time about a series of private nude photos of her which hackers posted online, calling the act a "violation" and a "sex crime".

"It is not a scandal. It is a sex crime. It is a sexual violation. It’s disgusting. The law needs to be changed, and we need to change," she said.

Jennifer Lawrence has been awarded Best Supporting Actress for her role in American Hustle at the British Academy Film Awards.

Imitation is often considered the sincerest form of flattery but actress Jennifer Lawrence might not agree, after a series of pictures were posted online poking fun at her Golden Globes look.

On the red carpet with Jennifer Lawrence and Jessica Chastain. #GoldenGlobes http://t.co/qveTP7YDse 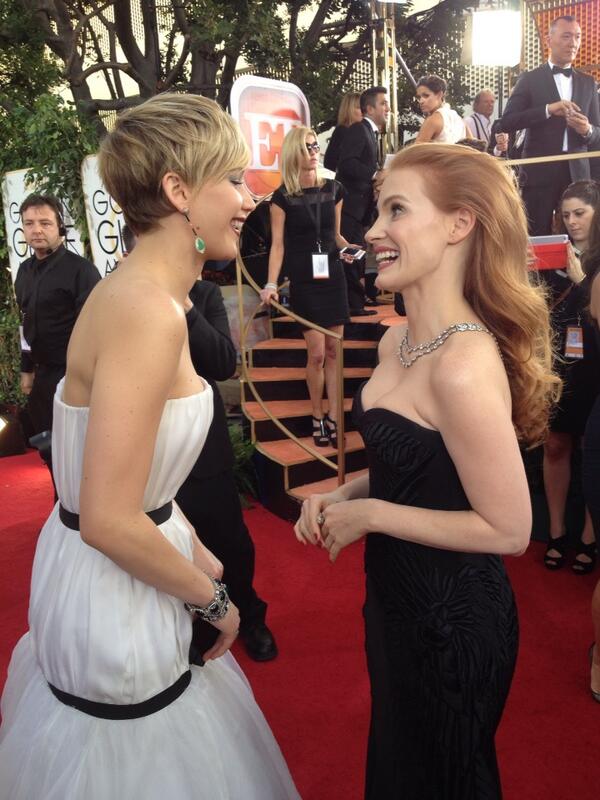 The outfit soon prompted a series of not so flattering comparisons on social media - including that it resembled a bed sheet - and DIY lookalike pictures.

One Twitter user, not the real Lana Del Rey, tweeted:

Omg me and Jennifer Lawrence have the same dress http://t.co/Qu35pHBCd4

It is not the first time Lawrence has lost out in the fashion stakes, memorably at last year's Oscars she took a tumble in another Dior gown as she collected her Best Actress award.

British actress Jacqueline Bisset's rambling speech could be among the most memorable in Hollywood history. Here is five of the best.

Jennifer Lawrence has taken home the Golden Globe for best supporting actress in a motion picture for her role in American Hustle.

Hunger Games stars Jennifer Lawrence and Josh Hutcherson embraced in playful fashion for the cameras at the London premiere of the film's sequel, Catching Fire.

The stars arrived with fellow sequel star Liam Hemsworth and a host of celebrities who turned out at Leicester Square's Odeon cinema.