Liverpool manager Jurgen Klopp has issued a warning to Man City ahead of next season as the Reds look to go one better.

Liverpool manager Jurgen Klopp is comfortable with the way his players are handling the pressure of a title race.

A goalless draw at Old Trafford, their third stalemate in four Premier League matches, was enough to take them back to the top of the table, one point ahead of Manchester City.

Many critics viewed the match against United as two points dropped after the hosts were forced into three first-half substitutions.

But Klopp remains calm about his side's situation as they head into another big week which ends with the Merseyside derby at Goodison Park.

"Yes, of course there is pressure. Actually, from my point of view, it is a very positive pressure, but I don't have to play - I only sit here and say dumb things, so that's easy," said the German.

"We all have to learn in these situations, the only way we can do it is with passion. This club, the heart and soul of this club, is passion.

"On Wednesday night we have another chance (at home to Watford) and then there's the derby, which is always a very emotional game so, again, passion.

"I get there has been a few too many draws in the last couple of games but, still, we are where we are so let's go on.

"People can say 'Man City are doing better' but we don't compare ourselves with that because we have to get the points our own way.

"There are different ways to be successful and so far we were successful. That's 100 per cent true.

Man City boss Pep Guardiola insists the title race is back on after his side's victory over Liverpool.

Hart endured a miserable return to the Etihad as Man City hit Burnley for five in convincing win.

Arsenal came from behind to beat Chelsea and set up a bumper showdown with high-flying Man City in the Carabao Cup Final.

⚒ Our line-up for the @championsleague super match #ShakhtarManCity. Taison and Butko in the starting XI! ⏰ 20:45… https://t.co/DBeCk1nAwS 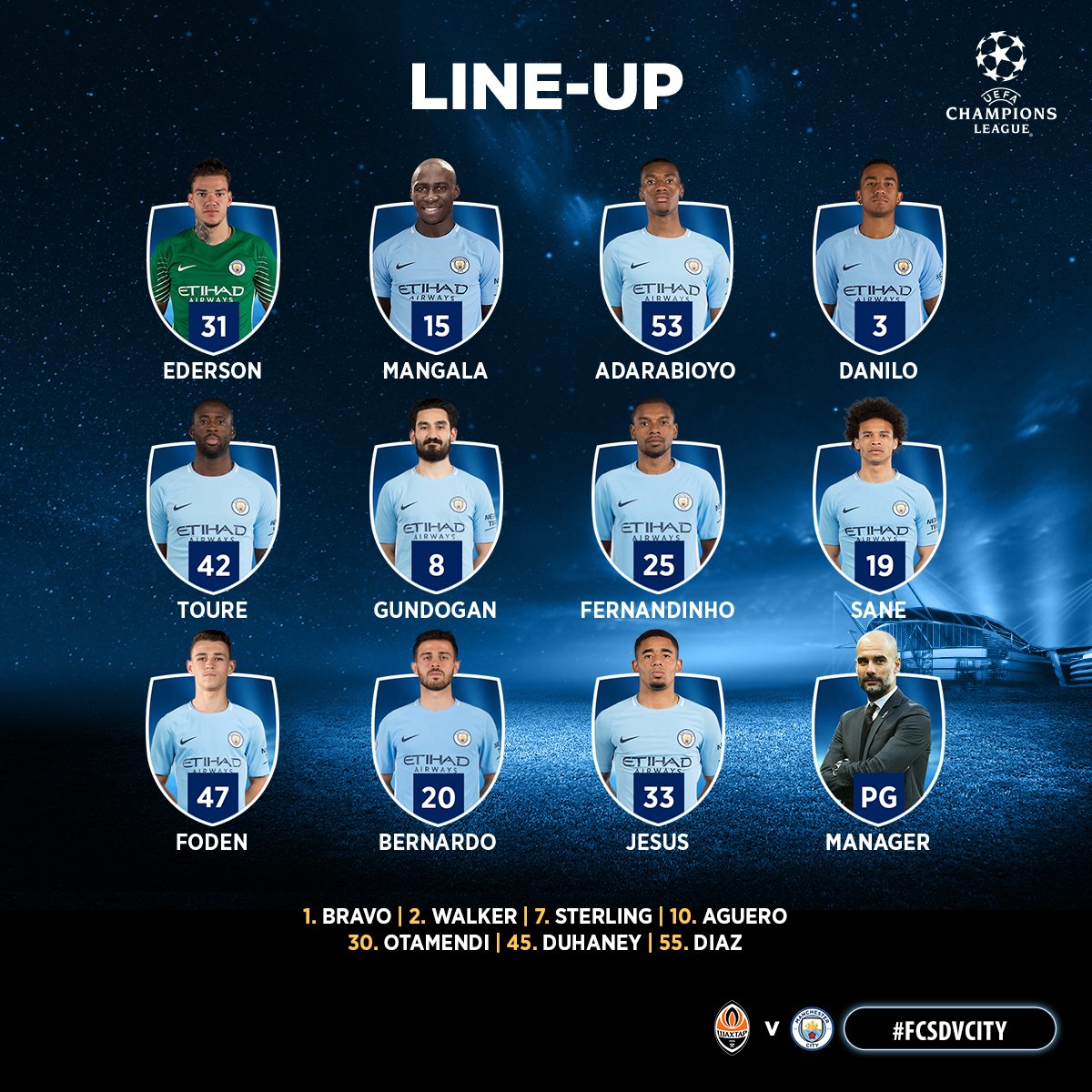 According to reports in Portugal, Pep Guardiola was so impressed with the 18 year old during Bayern Munich's two Champions League ties against Benfica that he instructed City officials to pursue the teenager immediately.

With the media reporting that United are on the brink of confirming the Portuguese international, it remains to be seen whether he favours a move to the blue half of Manchester.

After starring for Benfica's B team in 2014/15, Sanchez forced his way into the first team in October 2015, two months after celebrating his 18th birthday.

A string of commanding performances since then earned Sanches his first two senior Portugal caps as he began drawing comparisons with Paul Pogba, the French international whose loss at Old Trafford still rankles with the club's hierarchy.

One key factor in the chase for Sanches could boil down to whether Jose Mourinho replaces Louis van Gaal in the summer, since Mourinho and Sanches are both represented by Portuguese super agent Jorge Mendes.