The Office star Gervais will receive the Charlie Chaplin Britannia Award for excellence in comedy.

Ricky Gervais has thanked his fans for supporting his comedy Derek after he was nominated for a Golden Globe.

Thanks for supporting #derek from the very beginning when the usual suspects wanted it to fail. I loves you. #Emmys #GoldenGlobes

Still buzzing from the @goldenglobes nomination for #Derek. It could well be the highlight of my career as the character means so much to me

Ricky Gervais has been nominated for a Golden Globe for Best Actor in a TV Series Comedy for his title role in Derek.

Other nominees in the category are Don Cheadle, Jeffrey Tambor, Louis CK and William H Macy.

Comedians Ricky Gervais, Sarah Millican and John Bishop are among the celebrities who have paid their respects to "a true hero" following Stephen Sutton's death:

RIP Stephen Sutton. A true hero & inspiration to us all. #stephensstory

So sad to hear about Stephen Sutton. What a wonderful and inspiring man. RIP.

It's amazing what an individual can achieve regardless of what is put in front of them. @_stephensstory has been an inspiration to many. RIP

You can't take equality "too far"

Comedian and actor Ricky Gervais has admitted that his 'best buddy'

Have a Happy New Year from me and all my Muppet friends http://t.co/1cXsIZM9XD 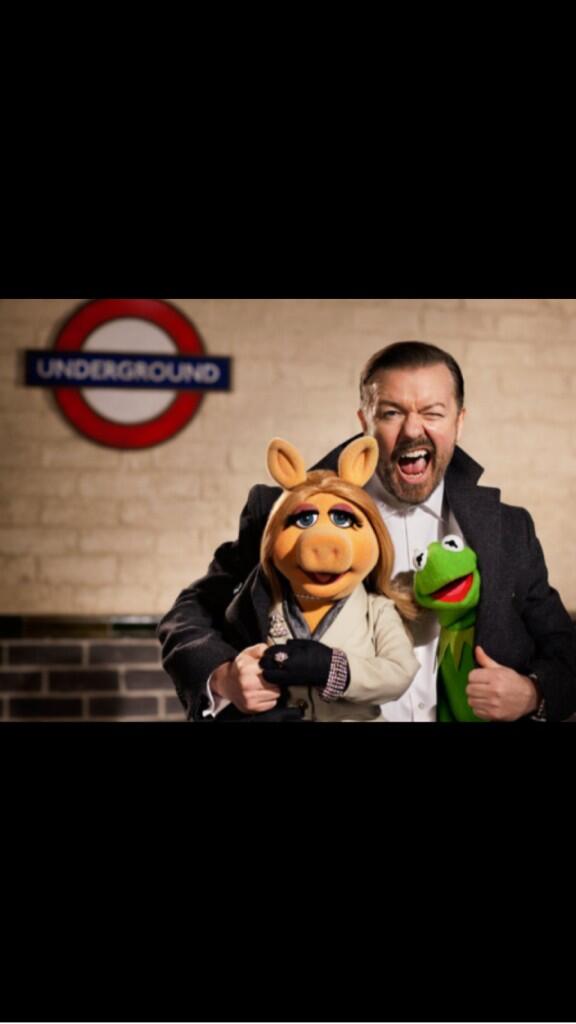 Happy new year. Be young. Be foolish. Be happy.

Ricky Gervais brought The Office to the stage last night, with comic creation David Brent and his band Foregone Conclusion.

Steve Carell said goodbye to co-workers for one last time as NBC's The Office came to an end following a nine-season run.

Carell, who left the show in season seven, entered the episode as a surprise guest at the ceremony, uttering one of character Michael Scott's best-known phrases, "that's what she said."

Adapted from Ricky Gervais' mockumentary series of the same name, the season finale saw most of the long-standing cast members get their happy ending.

Ricky Gervais has paid tribute to Paul Shane as an "old school Britcom hero" after the Hi-de-Hi! actor died aged 72: