US comedian Zach Braff had a random celebrity encounter after he spotted former Governor Mitt Romney while waiting to board his flight back for the Sundance Film Festival in Park City, Utah.

Braff excitedly tweeted about the sighting, halfheartedly musing that they might be on the same flight to Utah. According to the Scrubs actor, the Republican politician was coming to see his film Wish I Was Here at Eccles in Park City.

Mitt Romney just walked by me at JFK after I randomly tweeted him. Let's try this again: @paulmccartney 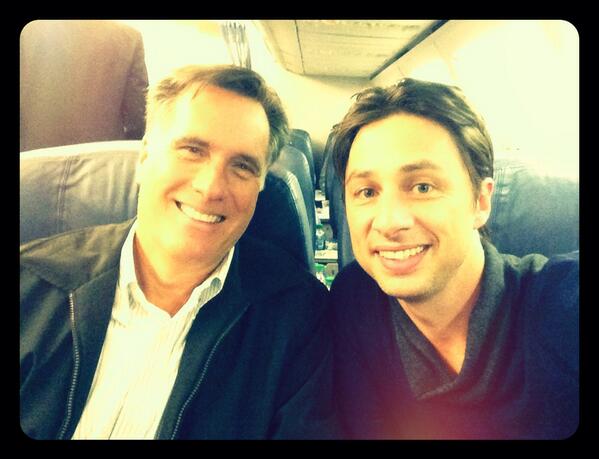 Posting on Twitter, he added: "Our politics are quite different, but Mitt Romney and I are having the best conversation ever. Very cool dude."

.@zachbraff may the odds be ever in your favor. http://t.co/7YzQwIeHaA 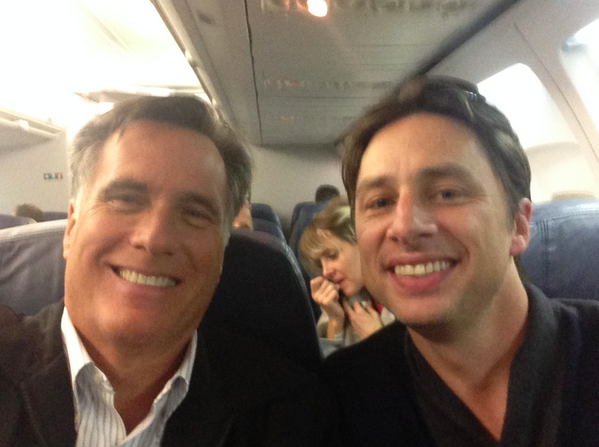 Zach Braff has launched a fundraising campaign for his new film. It is designed to fund the sequel to Garden State with "no compromises".