Prince Charles has paid tribute to the "extraordinary resilience" of the people of Teesside, on a visit to Redcar today.

The Prince of Wales attended a meeting of the SSI Task Force, set up after the closure of the town's steelworks last autumn.

More than 1,000 former SSI and supply chain workers are now in new jobs or full-time training.

The Prince of Wales met one of his biggest fans when he was introduced to a boy who insists on dressing just like him.

Six-year-old Benjamin Cooper studied the Royal Family at school and ever since has worn a suit to be just like Charles.

The Prince met Ben and his family as he arrived in Redcar for a visit to hear about the closure of the local steel plant.

He will meet members of the multi-agency SSI Task Force which was set up afterthe announcement last year that the historic Teesside plant was to shut with the loss of almost 2,000 jobs.

Shaking Ben's hand, who was accompanied by his parents, Elaine and Ian, and sister, Eve, the Prince laughed as they explained their son's admiration for him.

I like him because he was the smartest dressed when we studied them at school.

Mrs Cooper said Ben had been doing it for 18 months now and even dresses smartly for friends' parties.

"The present he asked for was a smart suit so he could be like the Prince," she said.

Prince Charles has been in Redcar meeting members of the SSI Task Force which was set up following the closure of the Teeside plant.

The SSI Taskforce was set up following the recent closure of the SSI Steelworks. https://t.co/ONZJ3KBDsq 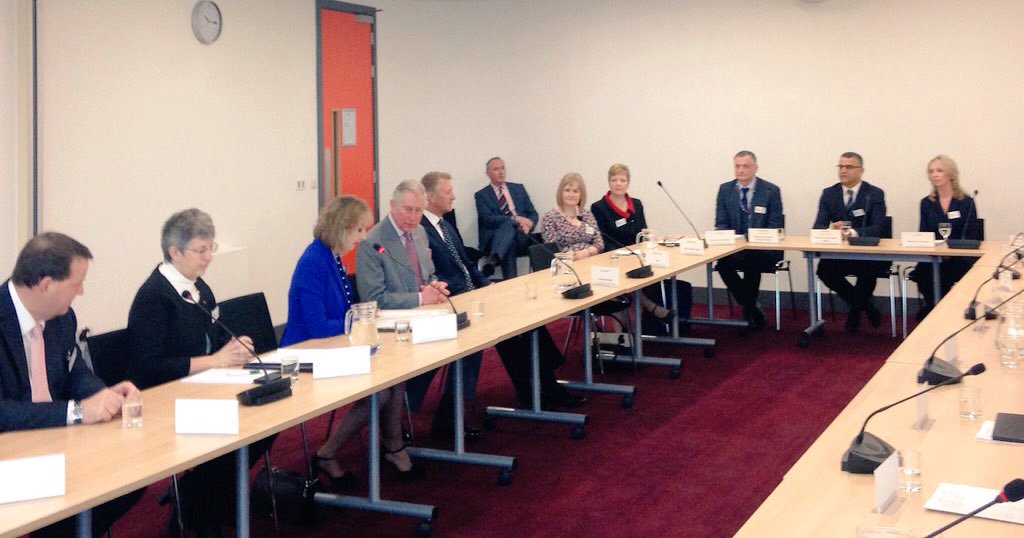 His Royal Highness, The Prince of Wales, is visiting Redcar to meet with members of the SSI task-force.