Tens of thousands of concert-goers flocked to Sunderland’s Stadium of Light last night, for what was one of the most spectacular shows ever staged at the home of Sunderland AFC.

Over 51,000 music fans saw Beyoncé kick off the European leg of her Formation world tour on Wearside and Queen Bey certainly didn’t disappoint her adoring fans.

The two-hour extravaganza saw the superstar showcase tracks from her latest album Lemonade, alongside crowd favourites such as Crazy in Love, Run the World and the Destiny’s Child classic, Survivor.

Huge LED screens enveloped the stage, highlighting the flawless choreography from Beyonce and her crew. The global superstar ended an amazing night on Wearside with her number one hit Halo.

To host the opening night of such a high profile tour is a clear demonstration of how the Stadium of Light is a major player on the concert circuit.

Add to this the England game we recently hosted here and you can see that, through hard work, effective partnerships and innovative thinking, we have built a first-class reputation for delivering successful major events in a leading venue.

Pictures of Beyoncé as she takes to the stage at Sunderland's Stadium of Light to launch her Formation world tour.

Tyne and Wear Metro announcement - rescheduled trains after Beyonce concert is now expected to finish at 22:45

#BeyonceAtTheSoL Now expected to finish at 22:45 Metro trains are being rescheduled to get concert goers home safely.

The atmosphere is electric in here. @beyonce seems to be enjoying the passionate Wearside crowd! #BeyoncéAtTheSoL https://t.co/q3ZFbXWuuZ 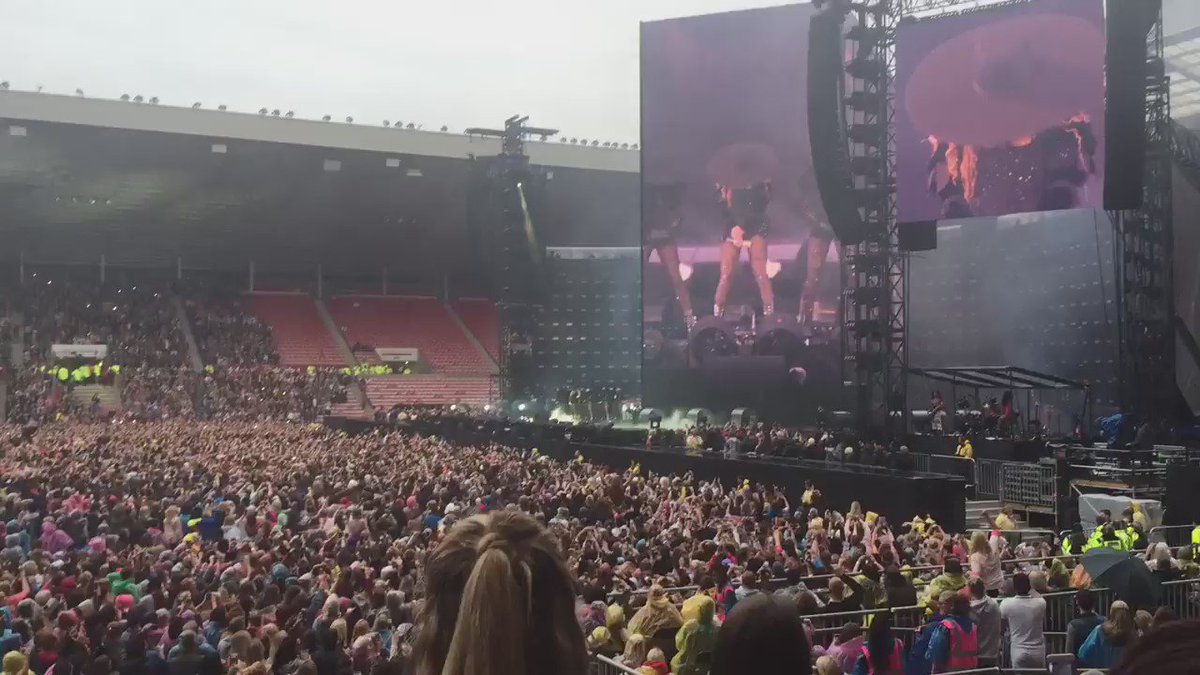 The Stadium of Light in Sunderland is 'ready to go' for tonight's Beyonce concert.

Gary Hutchinson, the stadium's Commercial Director, spoke to ITV News ahead of the event.

Sunderland boss Sam Allardyce said he hopes Beyonce fans have a good time tonight - and likened the huge concert to the Black Cats win against Chelsea.

Hope everyone enjoys @beyonce at the @stadiumoflight tonight! If it’s half as good as our win against Chelsea then you’re in for a treat

The Tyne and Wear Metro is running extra services on June 28 for Beyoncé concert at the Stadium of Light, in Sunderland