Police have tweeted a photo of officers breaking into an illegal rave in the Tyne Bridge lift shaft using a circular saw. 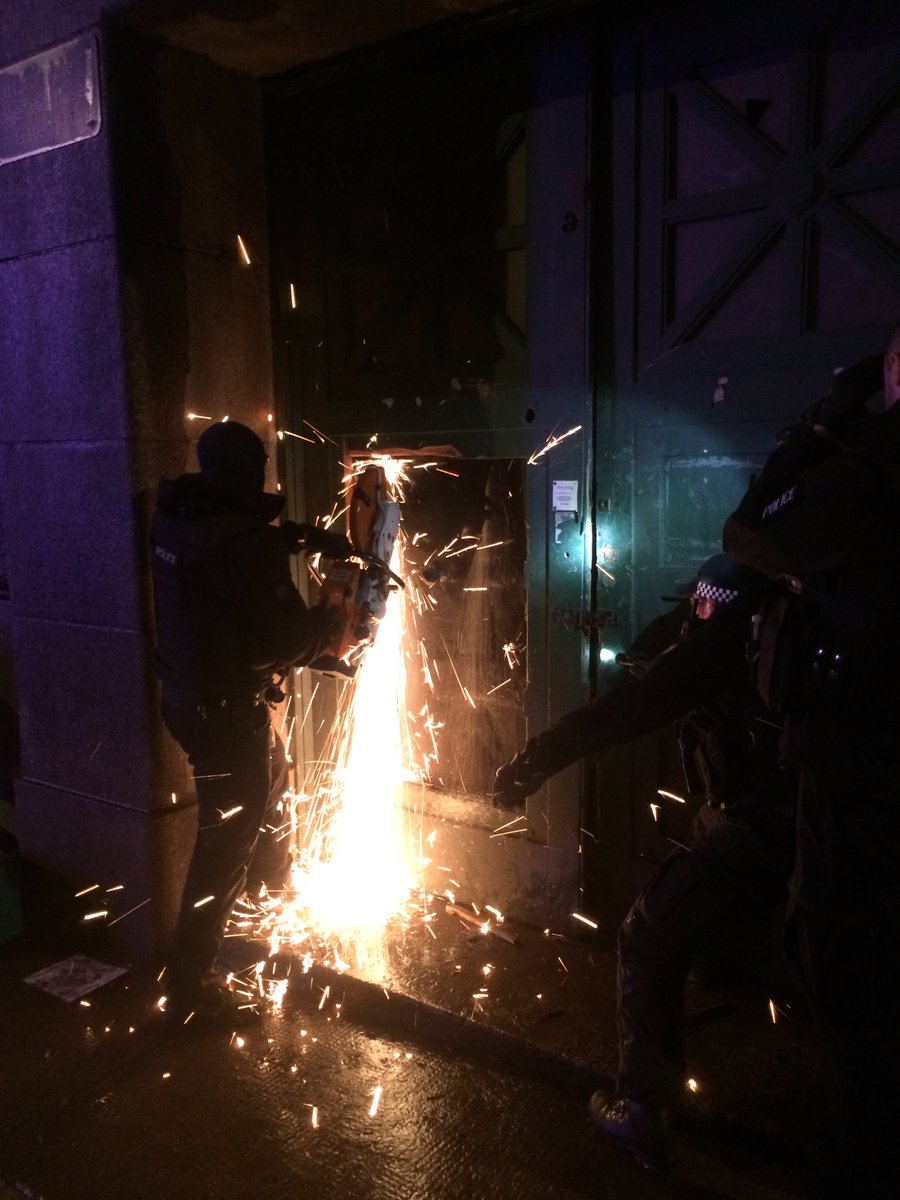 Officers disrupted the gathering of around 200 people in the early hours of New Year's Day.

They were partying in the old lift shaft of the Tyne Bridge in Lombard Street on the Newcastle Quayside.

Music and sound equipment had been illegally connected to the electricity supply.

The building was quickly evacuated and was secured by police to allow the electricity to be made safe.

Enquiries are on-going to identify the organisers.

It's believed three men in a white van were seen taking equipment into the tower during the evening on Friday and Saturday.

Officers are keen to trace these man and would ask they, or anyone who knows who they may be, come forward.

Council officers were dispatched to the tower on New Year's Day to make the doors secure.

Police were called to one of the towers of the Tyne Bridge on Newcastle Quayside in the early hours of today following concern about an illegal rave.

“They contacted the council at around 6am and we attended to make the doors of the tower secure. Investigations are continuing."