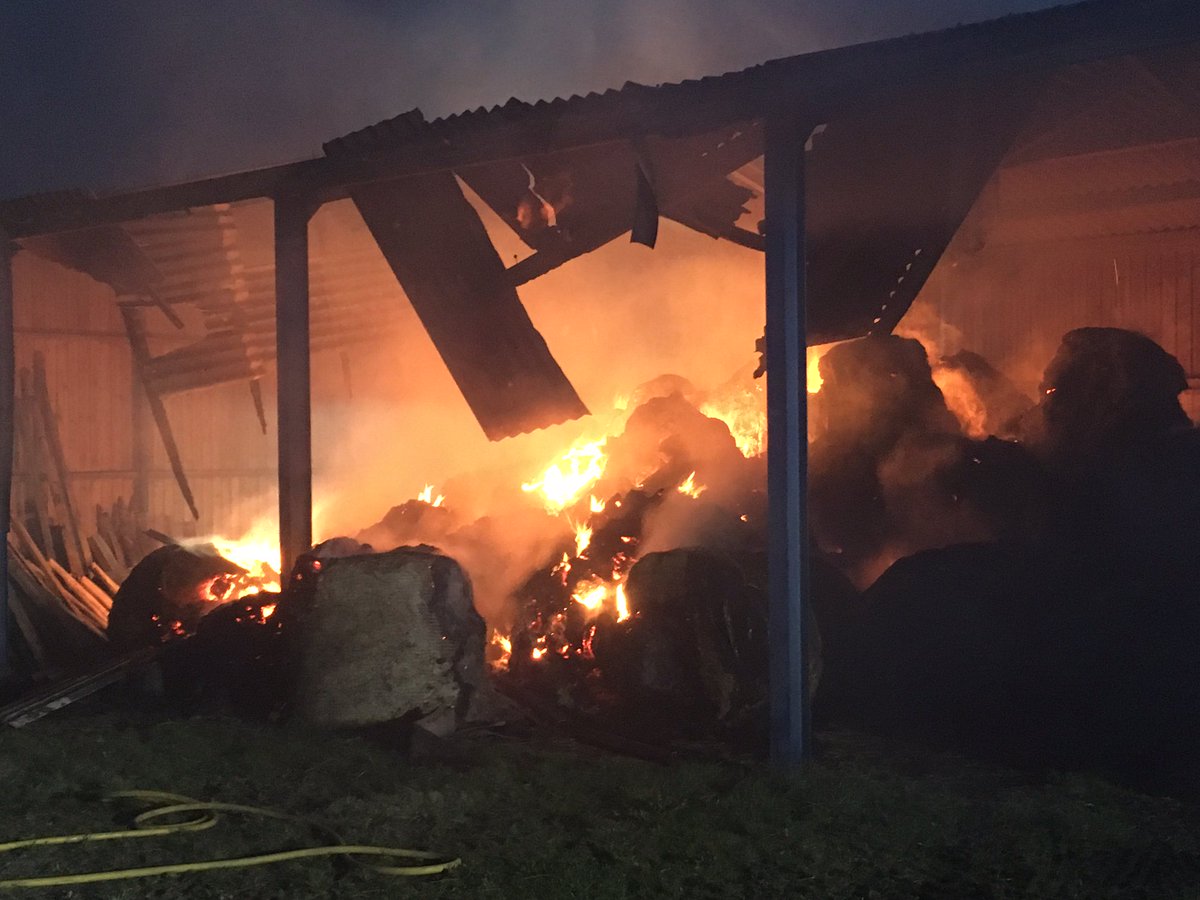 Firefighters were called to tackle a huge barn fire involving 80 tonnes of hay on Thursday morning.

Two appliances from Durham Fire Station were sent to Crossgate Moor, in Durham, just after 4am.

County Durham and Darlington Fire and Rescue Service released pictures of the blaze while they work to extinguish it.

A spokesperson for the fire service said: “We took the call at 4.02am and initially we sent two appliances from Durham along with our Environmental Protection Unit which is standard when there is a barn on fire."