In response to the Daily Mail's story which quotes 'Whitehall insiders' as saying the Guardian's Edward Snowden leaks caused the "greatest damage to western security in history, the newspaper's editor Alan Rusbridger tweeted: 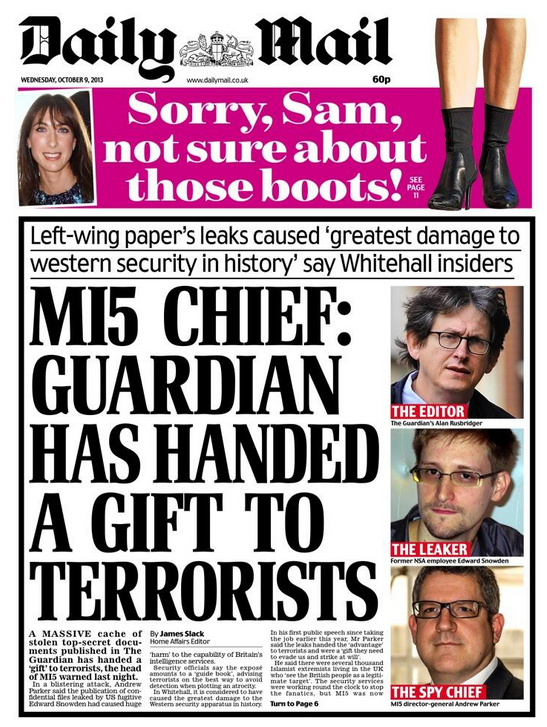 It comes after the Director General of MI5, Andrew Parker said that leaks such as those from former NSA worker Snowden gave terrorists the, "gift they need to evade us."