Ukrainian President Petro Poroshenko has tweeted this photo showing him discussing the crisis in his country with other Nato leaders. 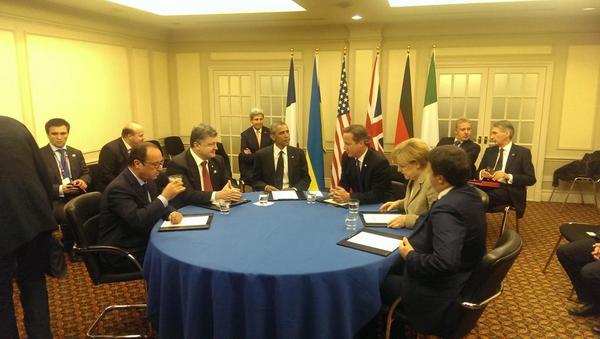