Ukrainian President Petro Poroshenko has arrived in the south-eastern city of Mariupol, his press secretary Svyatoslav Tsegolko reported on Twitter. 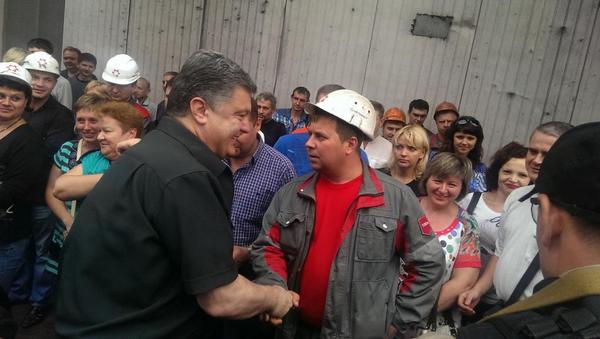 President Poroshenko is quoted as saying: "We will not give up this land to anybody".

He also ordered the reinforced defence of Mariupol with tanks, rocket-launchers and aerial defence, according to Reuters.