Al Jazeera journalist Mohamed Fadel Fahmy has welcomed a decision by an Egyptian court to hold a retrial for him and two other journalists as a 'milestone'.

Canadian-Egyptian Fahmy also said that the three journalists are in high spirits.

"A retrial is a milestone toward victory in our free press battle." http://t.co/AxLKGvHynM #FreeAJStaff http://t.co/YTbHppioAD 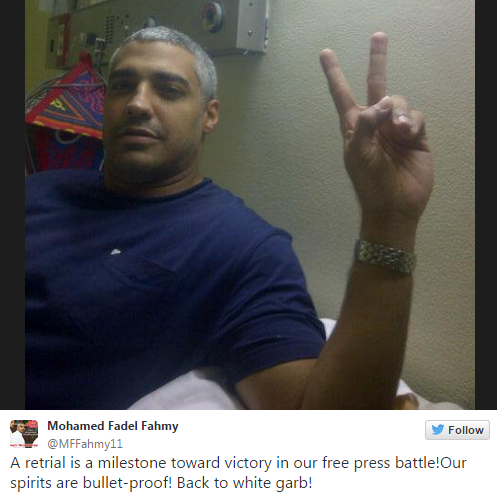 Al Jazeera has demanded that the journalists are released immediately because the original trial was flawed.