Eight fire engines and 58 firefighters are currently tackling a fire at a pub under refurbishment on Doggett Road in Catford, London Fire Brigade said.

Firefighters led four people to safety from the building who were taken to hospital suffering from smoke inhalation but there were no reports of any serious injuries.

Most of the roof, half of the second floor and part of the first floor of the building is reportedly on fire.

We're working hard to bring the fire at the pub under refurbishment in #Catford under control. http://t.co/Kc7QfsPcjk http://t.co/f0Oo1wlYvi 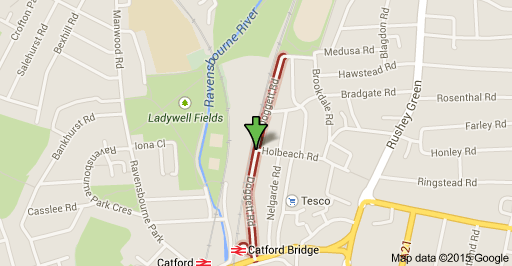