Comic Relief has raised more than £1bn for charity over 30 years of fundraising, with more than £70.5 million already pledged for this year's event.

Since its launch in 1985 the Red Nose Day event, which has become something of a British institution with a host of celebrities taking part in challenges and performing one-off sketches live on BBC One, had raised £960m.

MORE THAN - ONE BILLION POUNDS over the past 30 years. Britain you are great. #ComicRelief http://t.co/vltoquePDl 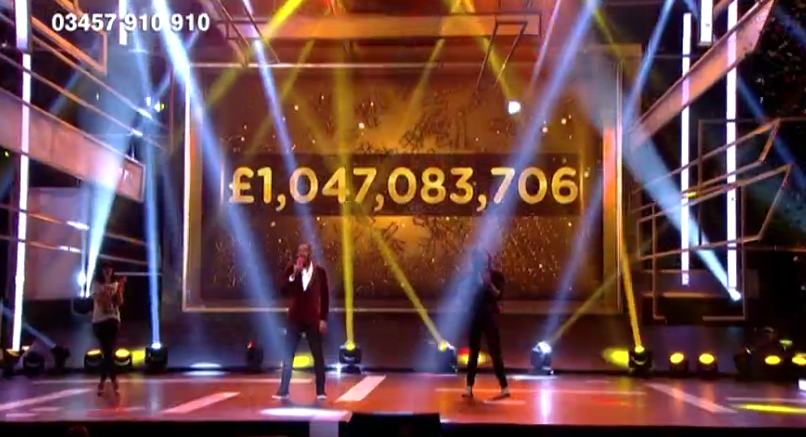 The highlight so far of this year's fundraising, which had secured £70,501,108 by midnight, was a 24-hour danceathon by DJ and TV presenter Dermot O'Leary which raised £643,336 for charity.

Other celebrities, including Simon Cowell, offered their support to Red Nose Day on Twitter.

Now watching @comicrelief.. You have to hand it to these guys. Year after year they deliver.