Nick Clegg has launched an attack on David Cameron in the ITV leaders' debate, accusing him of wanting to impose "ideologically-driven cuts" on schools to reduce the deficit.

Labour's Maria Eagle and Ukip's Douglas Carswell said the Liberal Democrat leader was trying to pretend he had not been in government for the last five years.

Clegg attacks Cam to try & pretend he's not been in the Govt for the last 5 years! http://t.co/rGJZGp9spE 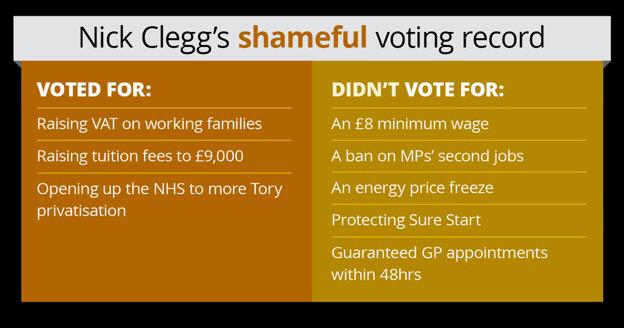 Clegg attacks Cameron. This is all for show. They've been running things jointly for five years