Labour has unveiled a new General Election poster with the claim that under a Conservative government "millions pay more, millionaires pay less".

Labour's Treasury spokesman Ed Balls launched the poster, citing figures from the Institute for Fiscal Studies that suggest families are an average £1,100 worse-off as a result of tax and benefit changes under the coalition Government.

The Labour choice on tax: tax cuts for millions, not millionaires - my speech today http://t.co/SEMkmV48Zc http://t.co/KrjyHPDrjq" 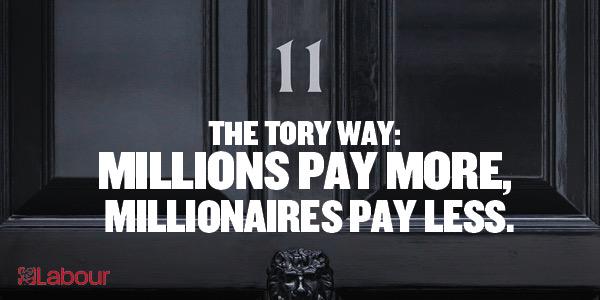