The Queen has sent a good luck message to Tim Peake after he arrived on the International Space Station.

The message, which was tweeted, said: "Prince Philip and I are pleased to transmit our best wishes to Major Timothy Peake as he joins the International Space Station in orbit.

"We hope that Major Peake's work on the Space Station will serve as an inspiration to a new generation of scientists and engineers.

"The thoughts and prayers of the whole country are with him and the crew, especially at this time of year.

"We join with his friends and family in wishing him a productive mission and a safe return to Earth." 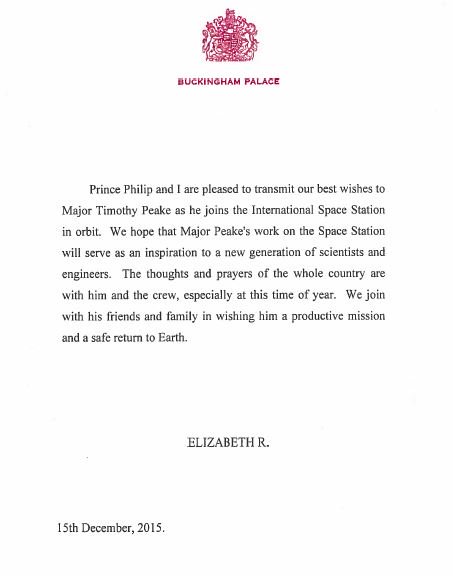