Staff at Sports Direct warehouses face a "six strikes and you're out" policy if they breach a set list of offences, including "excessive talking" and taking too long in the toilet.

The Unite union criticised the list for establishing a culture of fear.

Speaking to MPs ahead of Mike Ashley's appearance, the union criticised the retail chain's bosses for displaying "arrogance and contempt".

"6 strikes and you're out" - these are the offences Unite says staff at @sportsdirectuk warehouse can be sacked for. https://t.co/OrbcIpjlC4 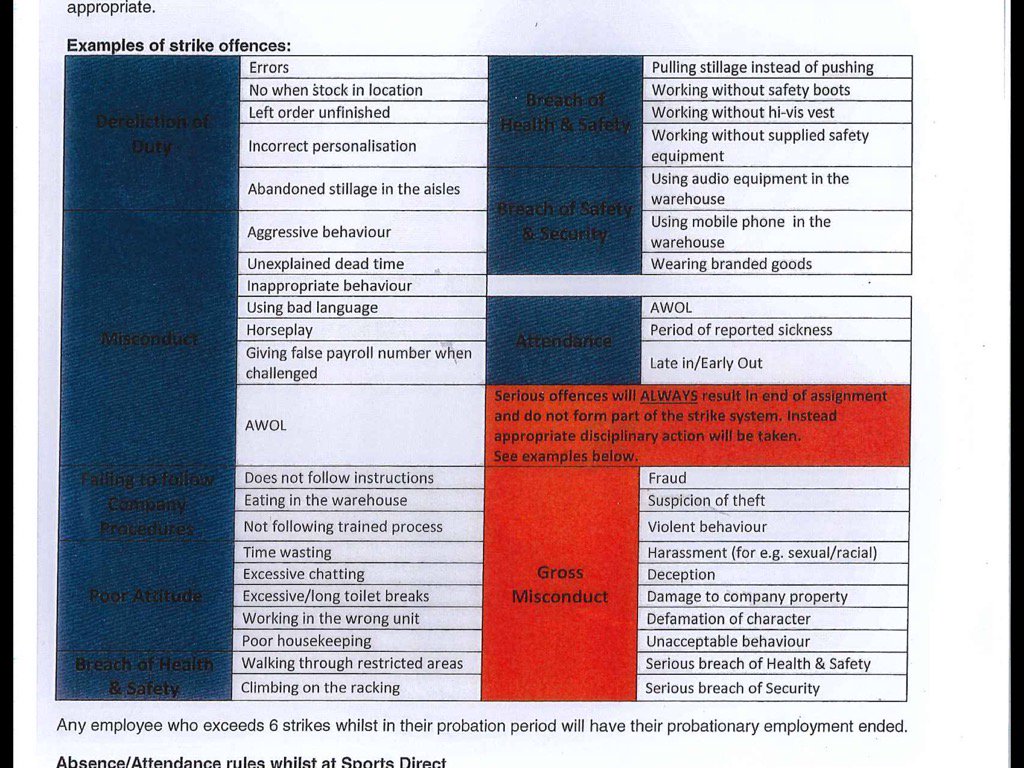 Union says the agencies that employ 3000 people at @sportsdirectuk warehouse also charge them for pre-pay debit cards and insurance.

The union spoke of "arrogance and contempt" at the top of @sportsdirectuk Next up are the recruitment agencies who provide staff.

Union leaders also confirmed talks had been held with HM Revenue and Customs about back pay for workers at Sports Direct amid claims of underpayment.

They also disclosed that workers who do not have a bank account have their wages paid via a debit card which they have to pay for.