Keir Starmer has resigned as Labour's shadow home office minister, saying the "Brexit has changed the challenge ahead".

The former Director of Public Prosecutions said he had made the decision with "sadness and regret".

With sadness & regret, I have resigned as shadow home office minister: Brexit has changed the challenge ahead. https://t.co/l9NWXCh9zN 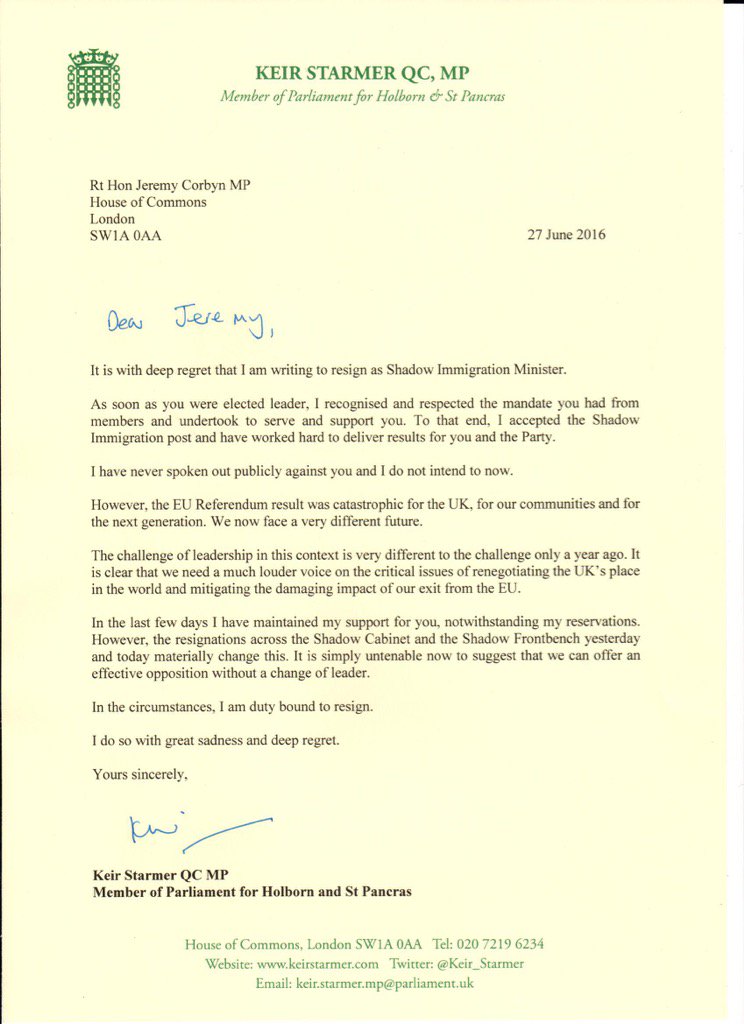 Mr Starmer is the latest of a number of shadow ministers to have resigned from their roles in the past 24 hours in protest of Jeremy Corbyn's leadership of the Labour Party.