The Juno space probe has begun the final stage of its five-year, 1.4 billion-mile journey to Jupiter from Earth as scientists attempt to guide the spacecraft into orbit.

The automated procedure began in the early hours of Tuesday before a "giant" burn of its rocket initiated at around 4.18am to slow its approach speed from 150,000 mph (250,000 kph).

There was applause as mission control teams from Nasa's Jet Propulsion Laboratory (JPL) at the California Institute of Technology and Lockheed Martin in Denver received data that suggested the rocket had ignited as planned. 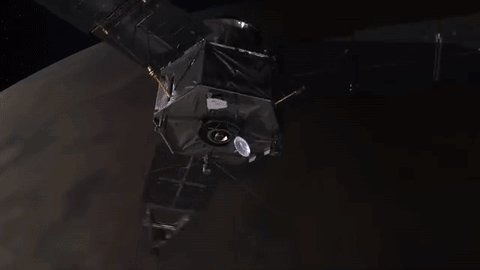