It's the fifth Olympic gold for Kenny, while teammate Callum Skinner took the silver medal.

His win marks the fourth gold medal for Team GB on Sunday alone, with two historic wins in the gymnastics and another top placing in the golf.

With 14 golds and 16 silvers so far, Great Britain is now in second place in the medals table overall behind the US, after overtaking China.

He's done it again!! A fifth Olympic title to add to the cabinet! @jasonkenny107, that was magnificent! #Gold https://t.co/Nfqoo6OEkR 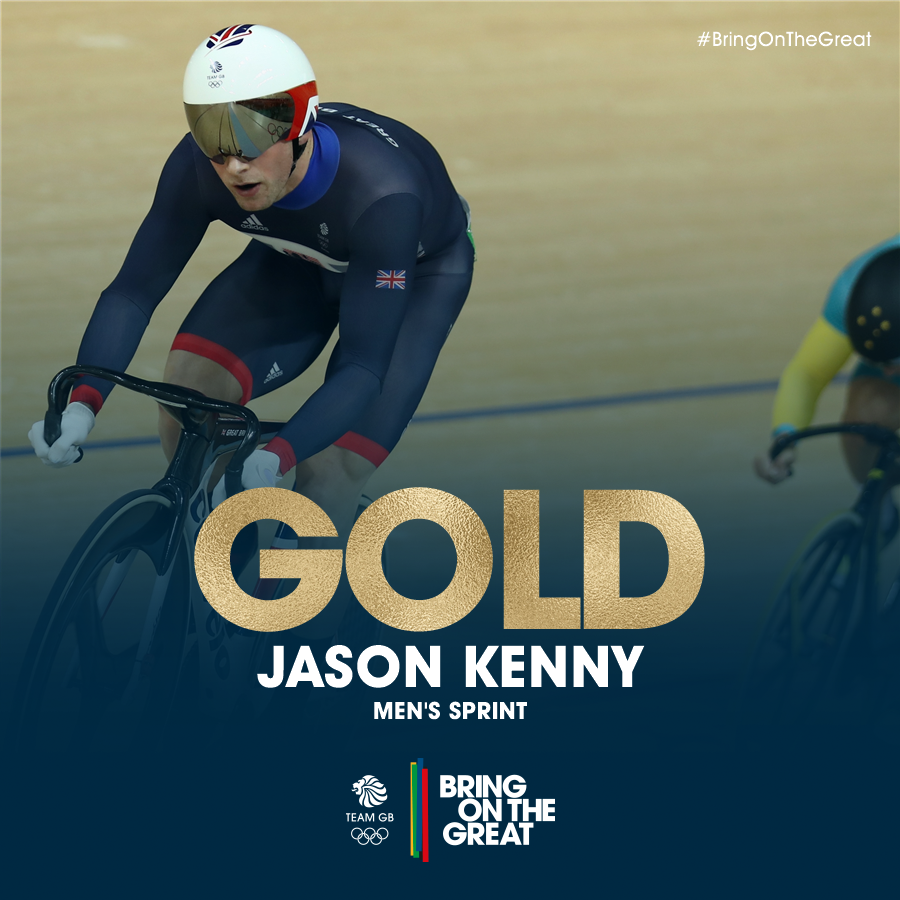