Tiger Woods' latest injury comeback appears to be on track after the 14-time major champion released a video of him driving the ball.

The American, who only last month admitted it was possible he may never play competitive golf again as he continues his rehabilitation from back surgery, tweeted a nine-second clip in which he hits a drive while wearing his trademark Sunday red shirt, captioned "Making Progress".

Woods has not played since an abortive return ended in February this year after a birdie-less first round in the Dubai Desert Classic and underwent back surgery for a fourth time in April.

Speaking at a press conference ahead of the Presidents Cup in September, Woods was asked if his career could be over.

He responded: "Yes, definitely. I don't know what the future holds for me.

"Overall, I'm very optimistic how I'm progressing. The pain's gone, but I don't know what my golfing body is going to be like because I haven't hit a golf shot yet.

"So that's going to take time to figure that out and figure out what my capabilities are going forward. And there's no rush.''

Woods has also had problems away from the course, having been arrested on a drink-driving charge in May. 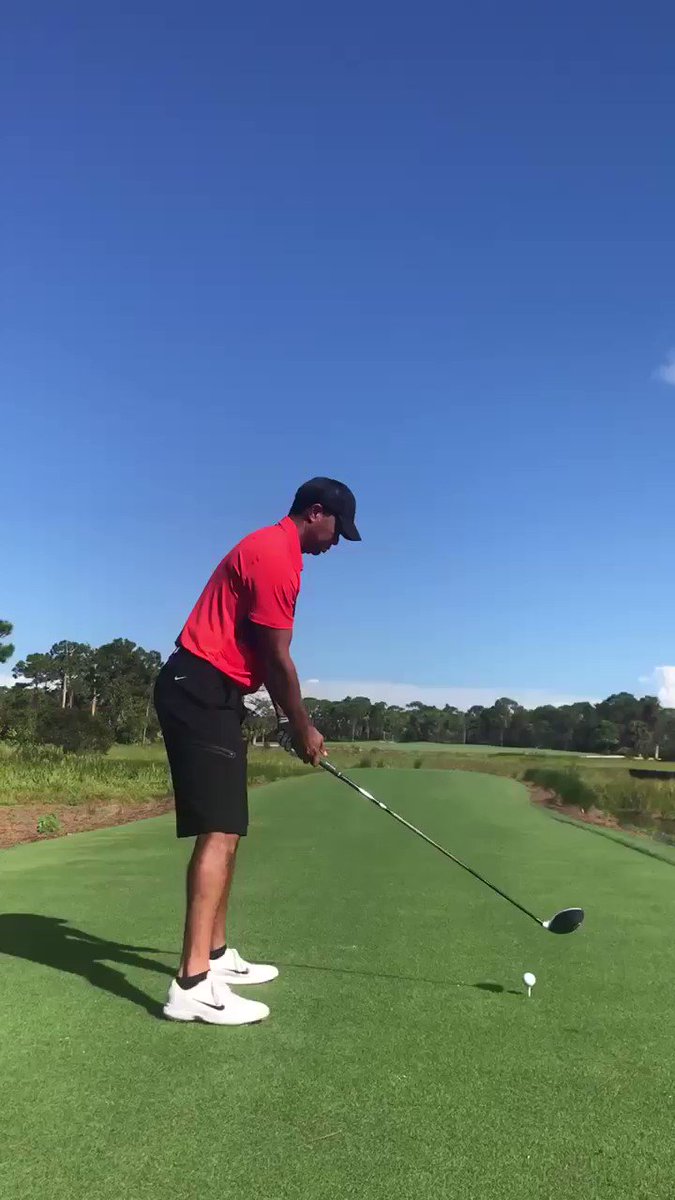