Michael O’Neill has said that the performances of his Northern Ireland side at Euro 2016 can inspire the next generation.

The Green and White Army were out in full force on Monday evening to welcome their heroes home to Belfast at the Titanic fanzone.

NI exited the tournament on Saturday after an unfortunate 1-0 loss to Wales, but O’Neill said the journey would serve as a touchstone for young fans everywhere.

“I grew up watching Spain ’82 and it inspired me to want to play for Northern Ireland,” he said.

“Hopefully, there’s young kids out there that watched the tournament and were inspired by the team and want to play for NI.

“Simple as that really, we want our young kids coming through the Club NI system and hopefully we’ll have more and more good young players coming through.”

For veteran defender Aaron Hughes, the welcome was the perfect ending to what had been a memorable adventure.

“It was fantastic, I think it’s great that we can come back and say thank-you in person,” he said.

“We’ve seen a lot of the videos over the tournament on social media and just how big the reaction was and to get another taste of it back here is great.

“I’m very much enjoying the moment.”

What a reception for @g23mcauley.. The green and white army love him! https://t.co/IICW1tfvH3 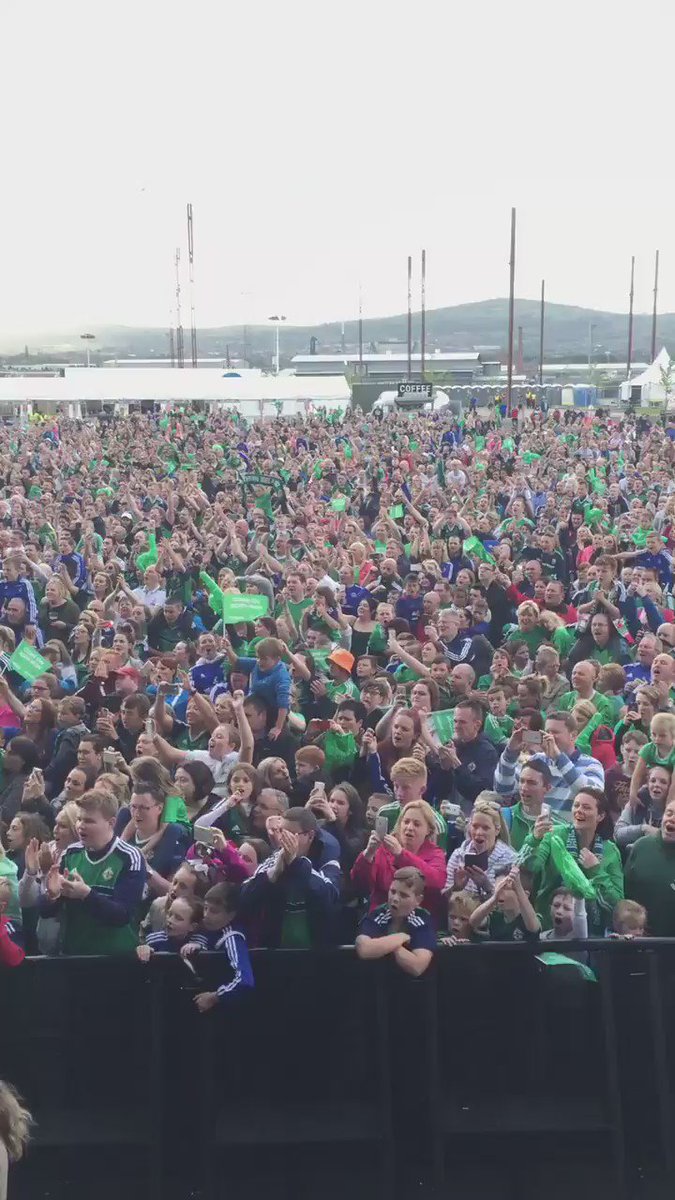 For Gareth McAuley, whose unavoidable own goal against Wales sealed the result, there were large cheers and chants to reflect what the fans thought of their stalwart.

It was clear from the crowds gathered and the carnival atmosphere that the Green and White Army were reveling in the chance to show their players how much the tournament meant to them.

With the players joining in in singing 'Sweet Caroline', it was clear the feeling was mutual.