The space sector has been described as an important asset to Northern Ireland’s economy.

Ms Foster said: “The establishment of this industrial aerospace production facility for space manufacturing is an important investment in the development of Northern Ireland’s space cluster and demonstrates the group’s confidence in the world-class engineering capabilities of its workforce in Northern Ireland.” 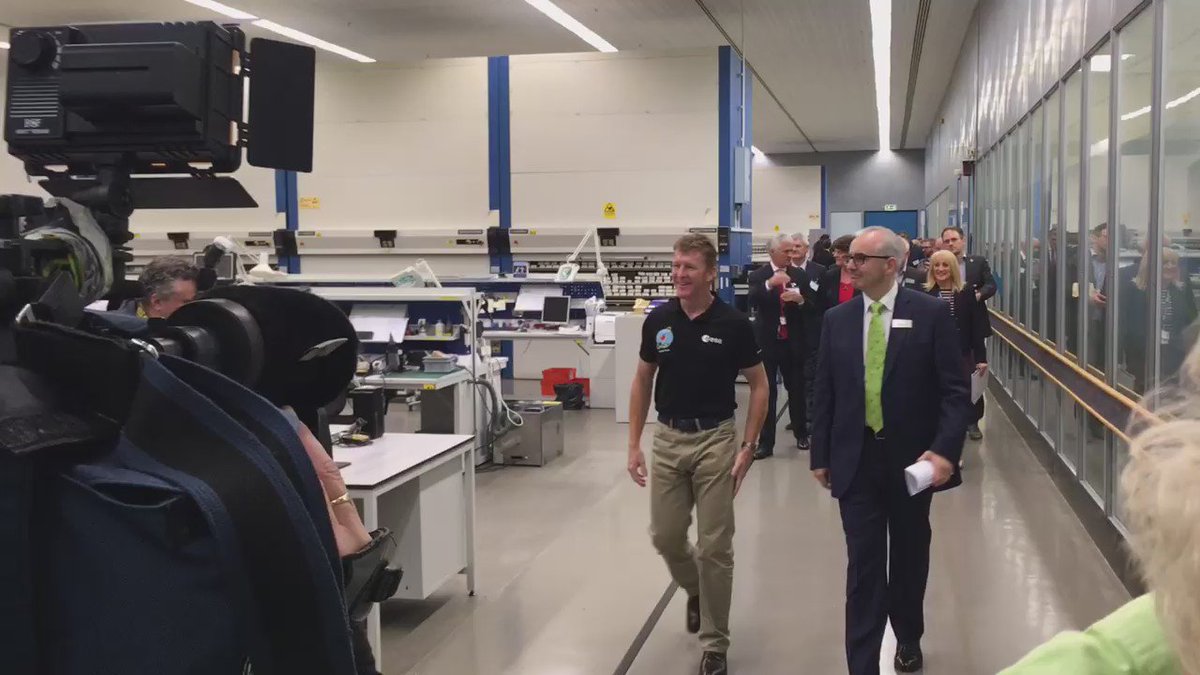 “Whilst driving innovation, the advances in this sector are an enabler of communication, entertainment and academic research,” he said.

“Our ambition is to exploit future market opportunities and develop a world class space cluster, capable of contributing to future high profile initiatives.”

Thales Alenia Space UK’s dedicated Electric Propulsion Integration Centre is the first of its kind in the UK.

Invest Northern Ireland has offered them a £500,000 grant to research technologies to establish more efficient ways of producing parts for the Spacebus Neo satellite, the first of its kind fitted with full electric propulsion.

Philip McBride, General Manager at Thales Belfast, said: “As a centre of excellence for precision design and manufacturing we are able to utilise our skills developed in the defence sector in this new innovative space sector.

“We look forward to working in partnership with Thales Alenia Space and the UK and European Space Agency’s to grow the Space sector in Northern Ireland and create sustainable employment.”

.@economy_ni Minister Simon Hamilton speaks about the value of Space as a strategic asset to the local economy. https://t.co/iO09LtMFvy 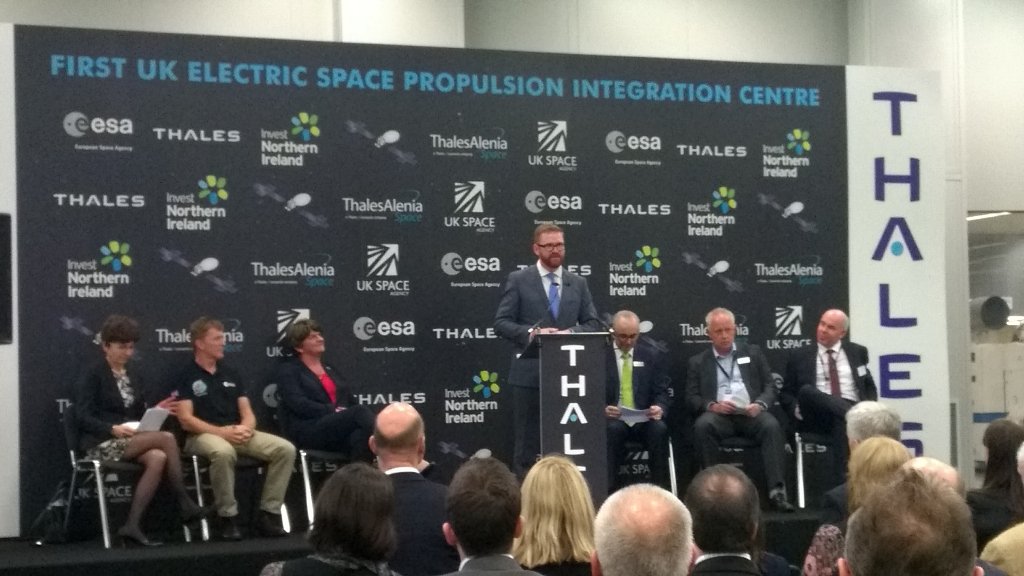