Carl Frampton has celebrated his latest world title win with his fans, going for a pint with them in a New York bar.

The Jackal was greeted by a huge crowd packed into Annie Moore’s Irish Pub.

He had earlier told UTV he wanted to repay those who travelled such a long way to support him by celebrating with them.

Carl Frampton’s victory over Léo Santa Cruz has been celebrated in New York, back home in Northern Ireland and around the world.

The new two-weight world champion has taken his career to a new level with his latest victory.

And few places are prouder of him than his Tiger’s Bay home.

UTV caught up with Frampton fans on the streets – and they certainly pulled no punches in singing their hero’s praises.

Co Down golfer Rory McIlroy may have missed the cut at the US PGA Championship, but at least it meant he could catch the Frampton fight.

Rory headed to New York for the occasion and was on hand to offer his congratulations to his fellow Northern Irishman.

"Enjoy everything - soak it in," he told the victorious fighter.

The pair have previously attended Northern Ireland football matches together - and a chant they will be well acquainted with got another airing.

After all, Frampton is on fire ...

Frampton was also able to celebrate his win over Léo Santa Cruz with his family, including wife Christine and children Carla and Rossa.

And manager Barry McGuigan was just delighted that Frampton could take his big win in the Big Apple.

World champion Carl Frampton is already looking ahead to what comes next and says he wants to stay true to his Belfast roots.

Nothing but respect for @realcframpton. He’s a true champ & gave me one hell of a fight. Would love to do it again. https://t.co/lTQMYMNfEB 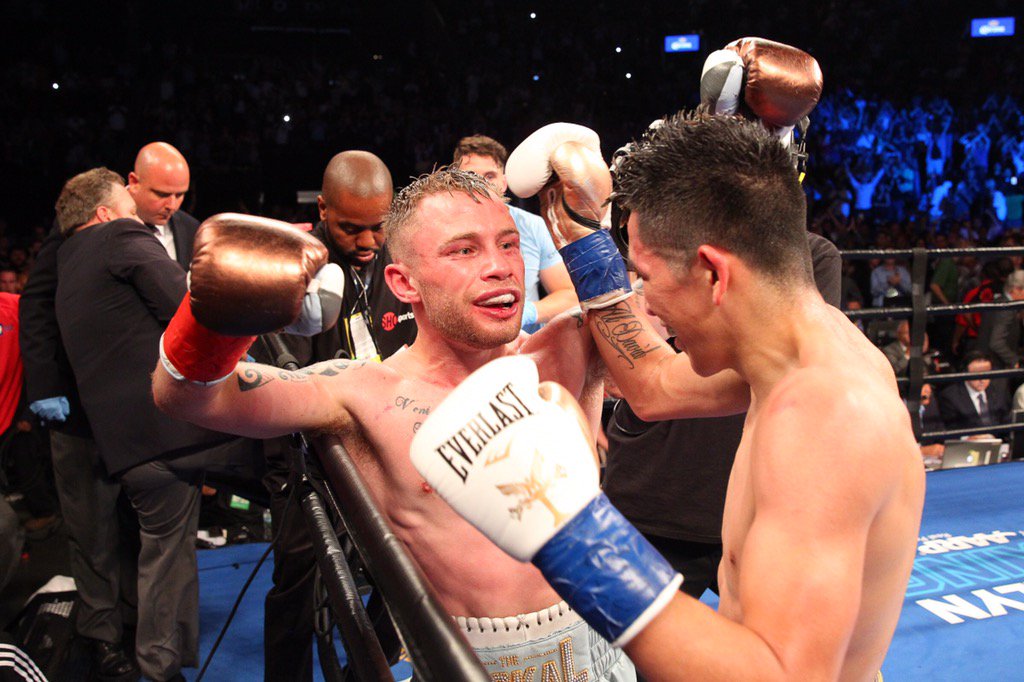 Leo Santa Cruz has called for a rematch after he was dethroned as WBA featherweight champion by Belfast boxer Carl Frampton.

The Mexican was beaten for the first time as The Jackal secured a points victory following an epic fight in New York on Saturday night.

Speaking afterwards, Santa Cruz said: "It was a pretty tough fight but now I want a rematch. I don't care where.

"He's a great champion and he's got a very difficult style. It's hard to forget your first loss but I will go back to the gym and get a rematch."

Belfast boxer Carl Frampton has written his name into the history books after defeating Léo Santa Cruz to claim the WBA Featherweight title.

The fight went to the score cards but the Tiger's Bay man emerged victorious by majority decision to maintain his undefeated record and secure the title previously held by his manager Barry McGuigan.

Conrad Cummings has beaten Dante Moore in their middleweight contest in New York.

The Northern Irishman won on a unanimous points decision at the Barclays Centre in Brooklyn after the fight was scored 59-53, 58-54 and 58-54.

Job done! So much thanks to this lad, helps me in so many ways. One team one dream!! @mcguigans_gym #TitlesOnHorizon https://t.co/r30J2UEMDi 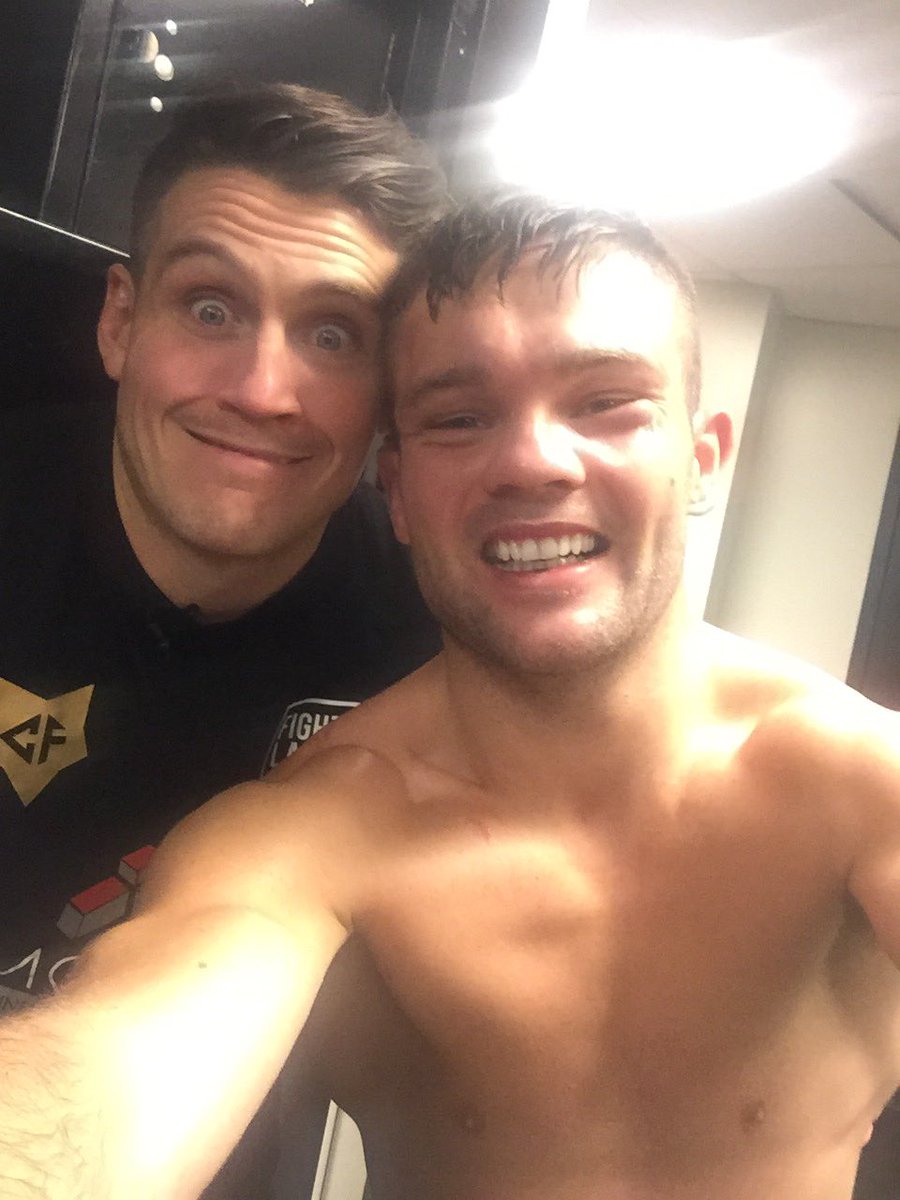