Four men have been remanded into custody charged with dissident republican terror offences over an explosives find in Lurgan.

A man has been charged with a murder bid against police, and three others with targeting an ex-security force member, after raids in Lurgan.

A 22-year-old man who was arrested as part of raids in Lurgan earlier in the week, has been released unconditionally.

The police launched raids on Wednesday as part of an operation investigating dissident republican activity.

Police investigating dissident republican terrorist activity in the Lurgan area have been given more time to question four suspects.

A court has allowed detectives to continue to interview four men arrested on Wednesday - two aged 22, one aged 24 and one 46 - until Monday evening.

A fifth suspect, arrested in Lurgan on Thursday, also remains in custody at a police station in Belfast.

Police have arrested a fifth person as part of an investigation into serious crime in the Lurgan area.

A 22-year-old man has been taken in for questioning at a Belfast police station.

Four men arrested on Wednesday as part of the operation remain in custody.

Ulster Unionist MLA Jo-Anne Dobson has welcomed the "timely manner in which police are conducting their searches" but said she was concerned that "dissident republicans are trying to take us back to the dark ages - to our bloody past".

Elderly residents were among 15 families who had to be evacuated from their homes during police raids in Lurgan.

As UTV Correspondent Jane Loughrey reports, pensioner Gerard McAlinden told UTV it was “a bit of an upheaval” for those caught up in the major security operation.

“I didn’t know what was going on, to tell you the truth,” he said, having been out of his home for around seven hours.

He added that police had just said there was a suspect device in the area and that it would be advisable to leave.

During searches across the Co Armagh town, including in the Kilwilkie estate, a number of arrests were made.

Four men are still being held as part of the investigation into dissident republican activity.

Police investigating serious crime in the Lurgan area have made a number of arrests.

Four men have been detained following searches of properties in the town on Wednesday morning, as part of an ongoing security operation.

Several houses in the Woodville Avenue area have been evacuated.

All four are being questioned at a Belfast police station. 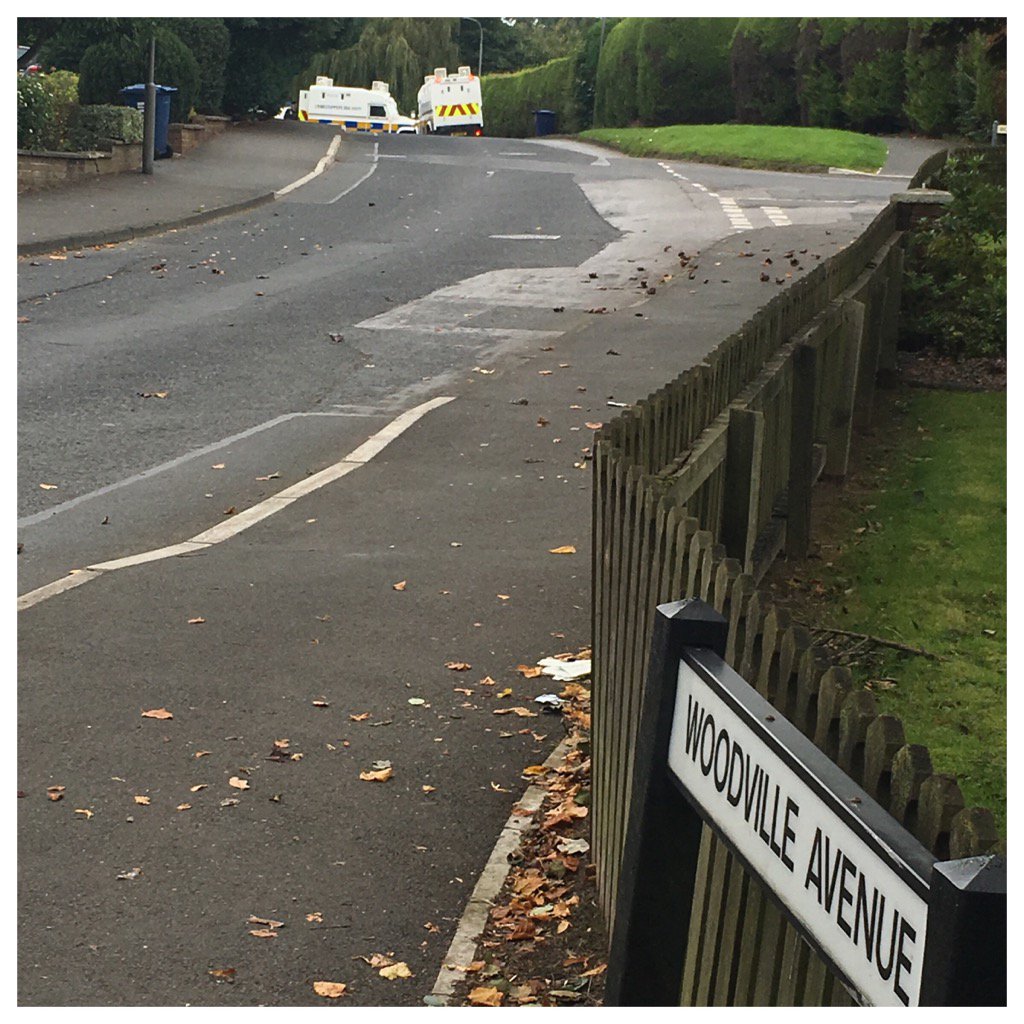 A series of arrests have been made as part of a major policing operation targeting dissident republican activity in Northern Ireland.