A man has been arrested by police investigating a report of threatening behaviour against an individual at Ardoyne on Saturday.

The 32-year-old was detained in the Belfast area on Tuesday afternoon.

A spokesperson for the PSNI said he had been arrested “on suspicion of threats to kill and common assault" and said he was interviewed and has been released pending a report to the Public Prosecution Service.

They added: “Enquiries into the matter are currently ongoing.”

A group of young leaders in north Belfast have spoken of their relief that a parading deal has been done.

The young people from the R City group say they hope that the deal can lead to a fresh start for communities there.

UTV reporter Judith Hill has been speaking to them.

Young leaders from Shankill & Ardoyne share their hope that parading deal can be a new start for north Belfast… https://t.co/m3aHrzC52i

Politicians at Stormont have stood in solidarity with Fr Gary Donegan, following the weekend’s events at Ardoyne.

SDLP MLA Nichola Mallon said he has "responded with dignity and you would expect nothing less."

The UUP MLA Doug Beattie said Fr Gary Donegan "showed incredible courage and incredible leadership where he was receiving verbal abuse which looked like it nearly bordered on physical abuse."

The prominent priest Fr Gary Donegan has said the level of vitriol in a confrontation in Ardoyne was like the Holy Cross dispute again.

The loyalist protest camp at Twaddell Avenue is dismantled following the completion of an Orange parade in north Belfast on Saturday morning.

Orange Order Deputy County Grand Master for Belfast, Spencer Beattie, has told UTV there is a “feeling of pride” that Orangemen were able to complete a disputed parade past the Ardoyne shop fronts on Saturday.

“The agreement is now being fully implemented as we speak the camp is being dismantled,” he added.

“We know look forward to a historic and brighter future for the people in north Belfast in parade and protest issues.”

Also reacting on Saturday, Sinn Féin’s Martin McGuinness tweeted his thanks to all those involved in reaching a compromise over the parading dispute.

The representatives of Ardoyne & the Orange Order deserve our deepest thanks & admiration for this morning's moving example of Peacemaking.

In Ardoyne, North Belfast MLA Gerry Kelly was optimistic that Saturday marked "in local terms...the start of a new era".

Today's march brings to a welcome end one of NI's most difficult parading disputes. Sends a strong signal that dialogue can work.

PSNI Assistant Chief Constable Stephen Martin has welcomed the peaceful conclusion to the Ardoyne parade on Saturday and thanked his officers for policing the protest camp over the last three years.

He said he was thankful that the parades and protests that took place on Friday evening and Saturday morning passed off without incident “due to the concerted effort of a wide number of individuals”.

“The impact that positive dialogue and discussion has played in this process cannot be underestimated and I congratulate all those who helped today to happen,” he said.

“Police are committed to playing our part in maintaining community safety and we hope that the local agreement that has been reached in this particular part of North Belfast will allow the policing resources that previously had to be allocated to the nightly protest and associated security operation, to be re-directed into addressing issues such as drugs, burglary and car crime which affect people’s quality of life.

This particular parade impasse in North Belfast has been running for over three years and I would like to take this opportunity to thank all of the police officers, who were present in North Belfast on a daily basis to serve and protect the community.

On a number of occasions these officers were attacked by violent dissident republicans, who were intent on killing. But undeterred the officers continued to serve the local community. I want to thank them for their resolve and commitment to policing with the community.

A republican protest against an Orange Order parade scheduled for Saturday, has passed off peacefully.

Around 400 police officers were at the scene of the demonstration by the Greater Ardoyne Residents Collective (GARC).

GARC protest at police lines a short time ago. Protest now over.

A group of around 200 were protesting a deal which aimed to put an end to a dispute over one of the most contentious parades in Northern Ireland.

GARC will stage a further demonstration during Saturday's march, upon which the Parades Commission has put a limit of 60 participants.

More than four hundred police officers were on on duty on Friday evening in Ardoyne, ahead of the agreed Orange Order parade through the area.

The security operation is in place before the last march to the Twadell protest camp and a protest by one republican group opposed to Saturday's parade.

Police lines in north Belfast tonight ahead of protest https://t.co/ipvy32yH7v 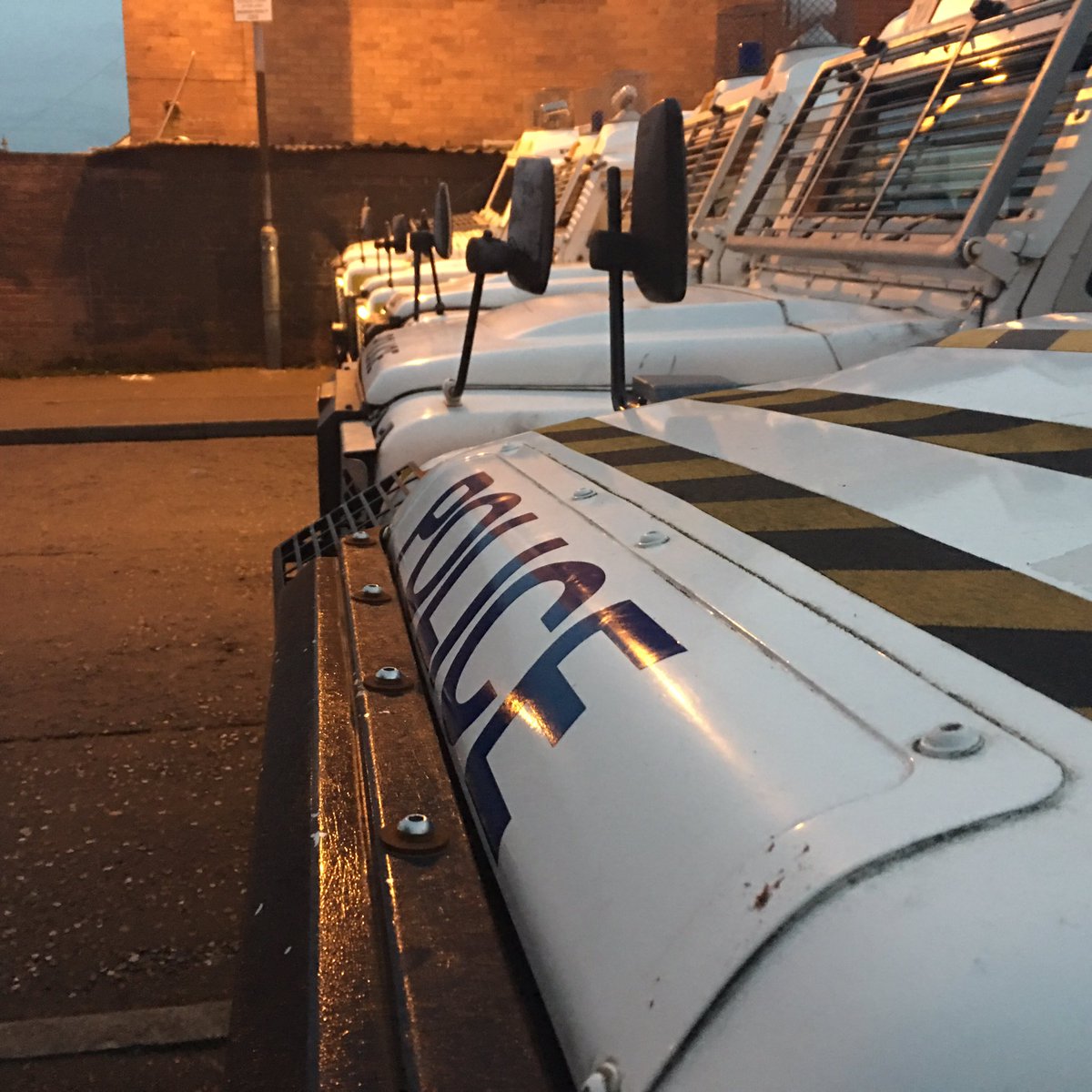 Those involved in securing the deal to end the long running dispute in the area are hoping GARC will call off their protest.