The 22-plane flypast - with aircraft from nine nations - whooshed over the Welsh capital first, led by an RAF Typhoon jet.

It was flanked by two Polish Mig-29s and followed by a convoy of fighter planes from the USA, Germany, Canada, France, Denmark, Portugal and the Netherlands. 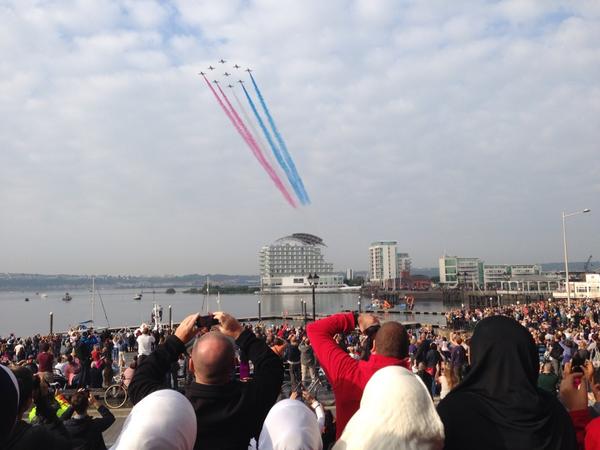 More: Watch our video of the spectacular Nato flypast

Starting the day with the Red Arrows in the bay http://t.co/c4lvaVTd9Y 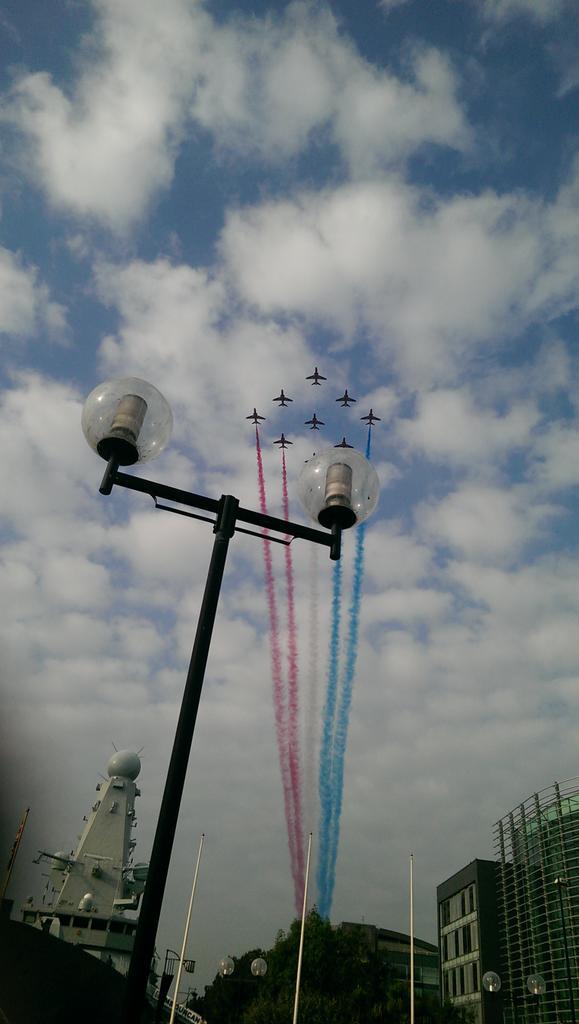 Also taking part in the display was the RAF's largest and newest aircraft, Voyager - which has a span of more than 197ft (60m) and can act as a "flying petrol station" for other planes.

Topping off the show were the famous Red Arrows trailing their signature tricolour smoke. 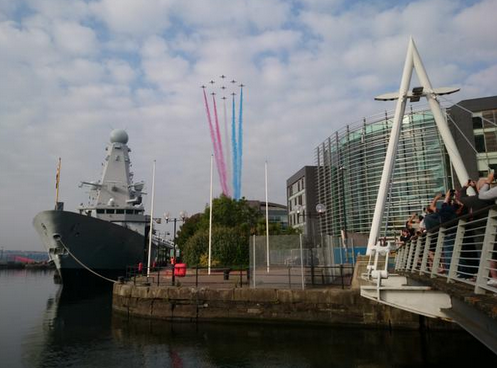 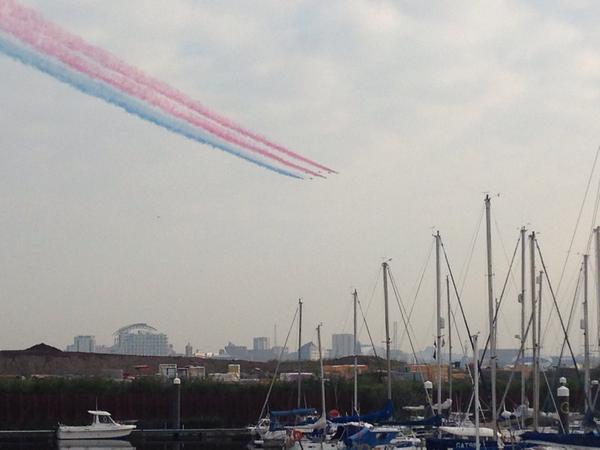 View from the Senedd steps of some of the crowd waiting for thee NATO flypast. http://t.co/BqdmzAF5qN 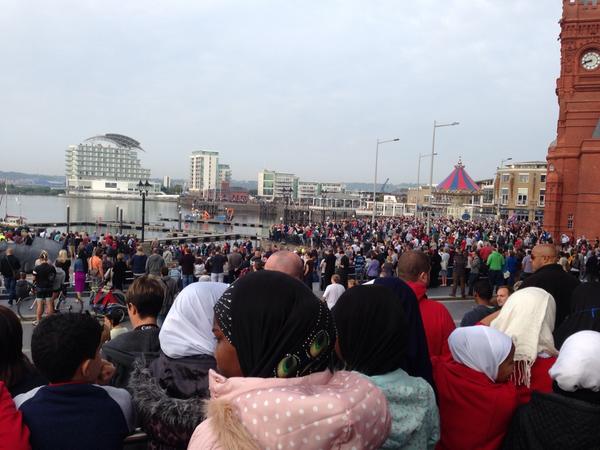 Number 10 has released this 'hyperlapse' video showing the flypast.

Scores more onlookers were dotted on the hilltop across the water in Penarth, while in Newport people gathered on the Millennium Footbridge as the flypast went over the south of the city centre.

World leaders, including US President Barack Obama, Prime Minister David Cameron and German Chancellor Angela Merkel, were all smiles as they watched the display outside summit venue the Celtic Manor.

The display represented some of the many Nato nations which have been involved in policing the air space across Europe as part of the Alliance's efforts to support and reassure its Eastern member states.

Watch the moment President Obama met the Prince of Wales at Thursday's reception:

President Obama met the Prince of Wales as he hosted a reception with schoolchildren in Newport.