The leader of the Welsh Liberal Democrats, Kirsty Williams, has played down talk of her moving to Westminster to become an MP, after her conference speech earned rave reviews.

She was even touted as a potential successor to Nick Clegg and leader of the party, by impressed political journalists.

Punchy speech from the next Lib Dem leader but one Kirsty Williams, leader of Welsh LDs http://t.co/P0xUUrXqlv 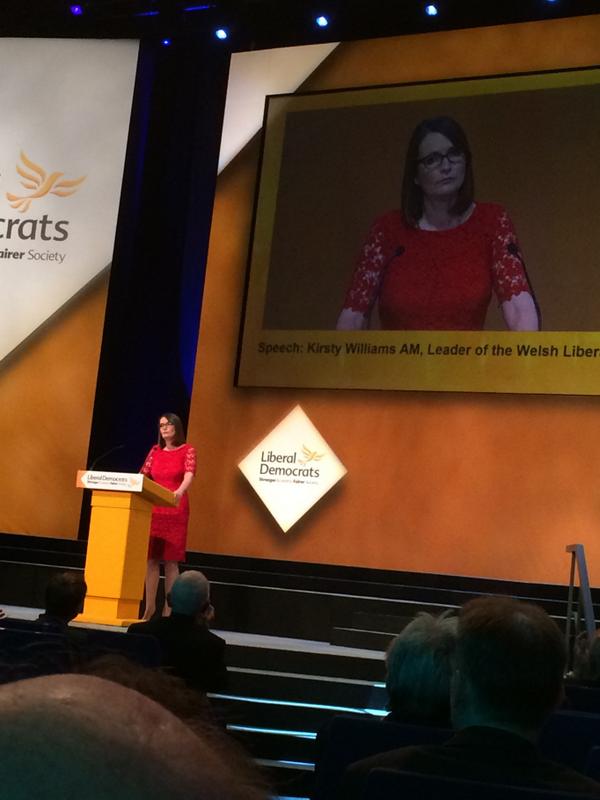 Notable @kirsty_williams is talking about the Lib Dems generally, not just in Wales. She sounds like a minister. #ldconf

Her speech yesterday, in which she called for a 'proper' Welsh parliament, was greeted with a standing ovation at the party conference in Glasgow.

She spoke to our Political Editor Adrian Masters after the speech, for last night's Sharp End programme, and said she was "absolutely ruling out" becoming an MP in the near future.