Hundreds of people have gathered at Ffos-y-fran near Merthyr Tydfil to halt operations at the UK's largest opencast coal mine.

Using their bodies to form a massive red line across the mine, protesters from Reclaim the Power halted operations from 5.30 this morning.

Giant inflatable “cobblestones”, red boiler suits and umbrellas are among the tools being used to stop mining taking place.

Nine people, including an 80 year old from Penarth and members of Christian Climate Action, are locked to each other, blocking road access to the mine. 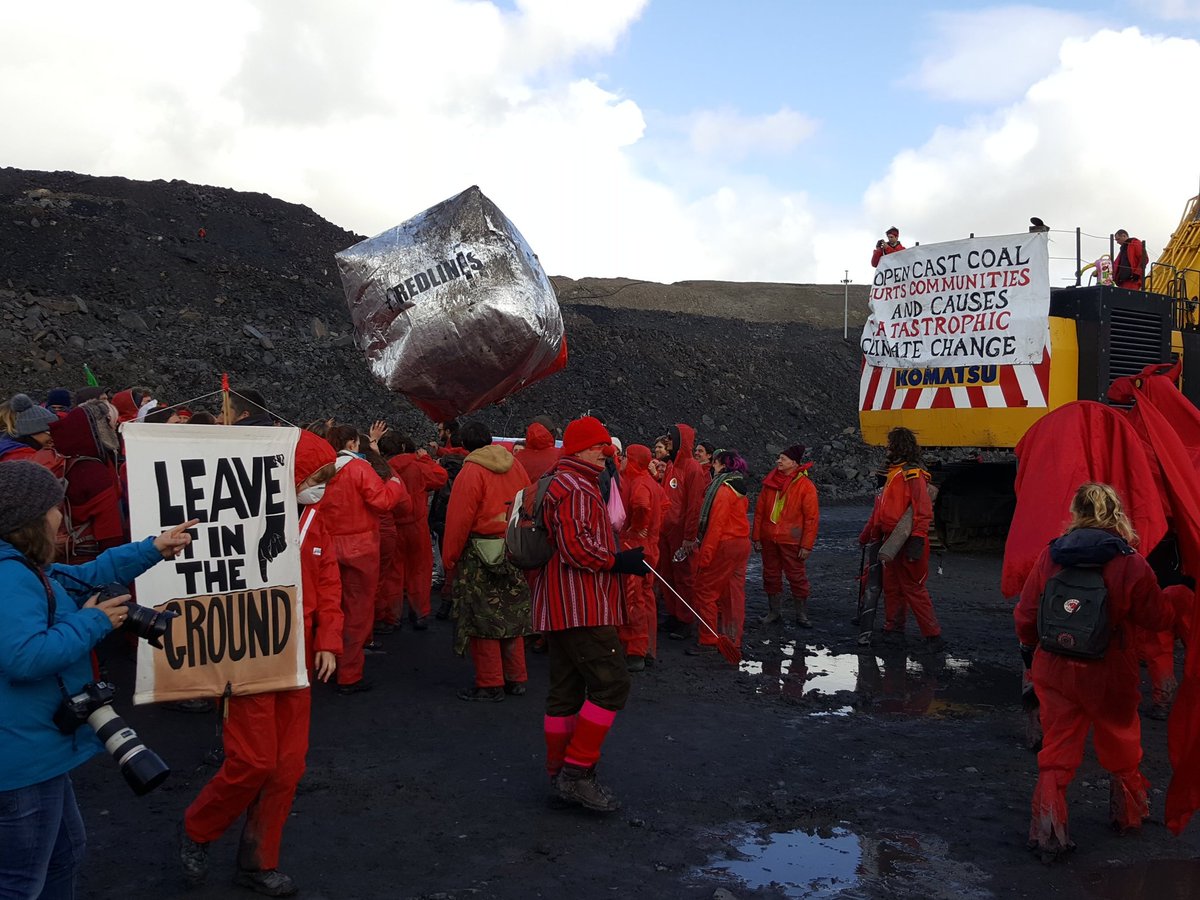 Continuing to dig up coal is a red line for the climate that we won’t allow governments and corporations to cross.

Wales deserves a transition away from dirty coal, and the creation of sustainable employment in an economy that respects our planet and its inhabitants, now and in the future.

Reclaim the Power have spent the last four days at an ‘End Coal Now’ camp on common land near Ffos-y-fran.