Fab scenes @ the vigil tonight in Swansea to remember the victims of the Orlando attacks. Love + light to all ❤️ https://t.co/CLFDzZBfJa 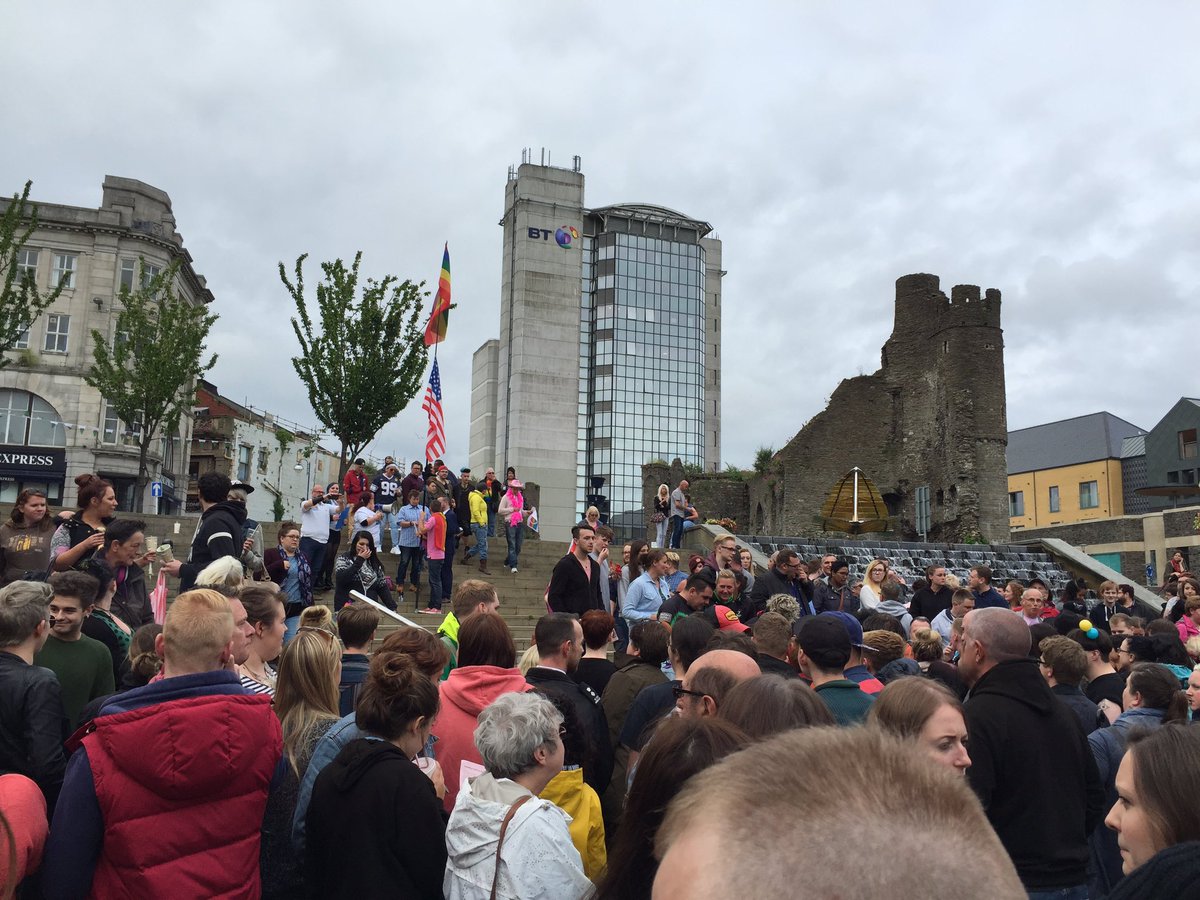 A vigil was held in Castle Square in Swansea this evening to remember the victims of the mass shootings which happened in Orlando.

The LGBT+ group organised the event which saw locals join together and show their solidarity with the victims and pay tribute to their memory.

Candles left from the #Orlando vigil in #Swansea https://t.co/4mRHX09cmT

America is in mourning after the worst mass shooting in its history which left 49 people dead after an attack on a gay nightclub.

Crowds have gathered across the UK since it happened to pay their respects to the victims and their families and friends.

Last night an event was also organised outside the Senedd in Cardiff Bay.

Pride Cymru and Stonewall Cymru said the vigil was intended to"show love and solidarity with Orlando and LGBT people all over the world".

Watch: Hundreds gather for vigil in solidarity with Orlando