Eileen Younghusband, a prize-winning author and veteran of World War Two, has died at the age of 95.

She was just 19 when she was chosen as part of a select band of young women to work in the secret Filter Room, which was the nerve centre of the radar system during the war.

These women were responsible for tracking hostile planes as they approached British shores, so that fighters could be scrambled to attack.

Very sad to see that Eileen has died. A lovely lady and a real character.

She will be sorely missed.

She published an autobiography, 'Not an Ordinary Life', in 2009.

In 2012, she was the subject of ITV Wales programme 'Tracking the Enemy', where she reflected on her wartime service.

Yesterday at 7 pm in her home in Sully Wales our friend Eileen Younghusband passed a.... https://t.co/S4BeOZ2PMz https://t.co/RqRPf9GIZa 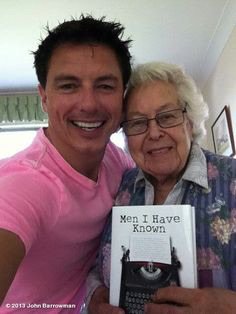 The actor John Barrowman, who became a good friend, described her as "a strong willed woman [who] lived a very colourful and full life".

Scott and I had some lovely times with her in our home in Sully listening to wonderful stories while sharing a bottle of red or a glass of Champagne. (She liked the red)

We are sad she is gone and will miss her smile and her stories. Raise a glass for Eileen everyone:)

In October 2015, Eileen appeared on Wales at Six after she'd been invited to take part in the Woman of the Year lunch as one of the 2015 women of achievement.

Watch the interview below: